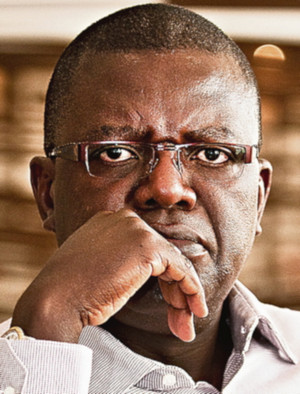 In addition to NewsDay, AMH publishes The Zimbabwe Independent (business weekly) and The Standard (Sunday). Ncube is also controlling shareholder and Executive Deputy Chairman of the Mail & Guardian Media Group in South Africa. He most recently was named Media Institute of Southern Africa’s (MISA) 2012 inaugural winner of its press freedom award, just one of a number of press freedom awards he has received throughout his career.

WAN-IFRA: How is NewsDay doing since its launch, in terms of circulation, reach, feedback? Any watershed moments to recall…?

NCUBE: NewsDay has done very well and has established itself as the leading voice in a very polarised society. Both advertisers and readers have taken very well to our editorial offering guided by the need for balanced ethical journalism. The highlight for us was having to create our own currency, i.e. 50-cent plastic tokens or coins as a way of ensuring the paper was affordable to more people. However, we have since increased the cover price to US$ 1 because of the problems of producing the tokens. We had also started seeing fake tokens in the market.

WAN-IFRA: What have been the major challenges of launching and publishing a truly independent daily publication there?

NCUBE: Zimbabwe still has pieces of legislation which criminalise investigative journalism, criticism of the president, the police and the army. There is also intolerance from both Zanu PF and MDC to an independent newspaper. Both parties want newspapers that they can manipulate. Finding good journalists has also been a challenge because of the brain drain that Zimbabwe has suffered as a result of the political turmoil and economic collapse. The state of the economy itself is a huge challenge. In a market where people are struggling to meet their basic needs, a newspaper is considered a luxury. And corporates are also hard pressed to spend on advertising.

Our journalists face harassment, intimidation and detention particularly for publishing stories that involve the police or those close to the former ruling party Zanu PF. This environment has also seen our legal bill escalate as we defend ourselves from vexatious litigation from those close to Zanu PF and the police.

WAN-IFRA: You will speak about some of the developments in media in Africa… what will be some of your insights?

NCUBE: I am excited about the prospects for the African economy and hence African media. I am watching closely the impact that technology is having on African media and hope to touch on this. Is the printed newspaper under threat from mobile on the continent? I hope to explore that question.

Facing Jail, World’s Press Calls for Charges Against Maria Ressa and Rappler to be Dropped