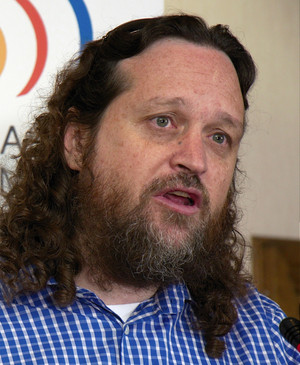 Justin Arenstein, a journalist and media owner, is currently embedded as an ICFJ Knight Fellow at the African Media Initiative (AMI), where he leads the digital innovation programme.

Please assess the development of newspapers’ mobile services in Africa in 2012/2013. What lessons can other regions of the world learn from the African situation?

Justin Arenstein: Legacy media across Africa have started to seriously experiment with mobile-based services over the past year, moving aggressively beyond just regurgitating their headlines in SMSes or on mobile web sites. This includes media in Ghana building mobile text/app services that allow audiences to immediately take action on investigative reporting by connecting with other citizens with similar interests, by petitioning the authorities, or by augmenting the journalistic reportage with citizen testimony.

Also in Ghana, we’ve seen media experiment with new ways for audiences to consume news through realtime, hyperlocal platforms that allow users to find or participate in ‘live’ news events happening around them, as well as alerting them to events or commercial offerings that are coming up. The experiment makes news more immediate and more personal.

On the other side of Africa, in Kenya, we’re seeing an explosion of citizen reporting and “utility news” apps that augment traditional reporting by giving audiences data-driven tools to drill down into national stories to find out how the news affects their personal lives. We’ve also seen the first media tools that help audiences make crucial life decisions about everything from choosing the right doctor or school to registering for elections.

While not traditional news, the tools are making journalism useful again by pushing this “news you can use” strategy. The approach empowers citizens, by giving them tools and actionable information they can use to do something tangible about the news they’ve just read. We’ve also seen experiments in South Africa that prove there is a profitable market for hard news in shantytowns and amongst the youth. News24.com has run a really successful pilot using the (SMS-based) MXit.com mobile social network, which saw shantytown teens buy news using micropayments.

But it hasn’t all just been SMS- or phone-based. The dramatic improvements in the cost of hardware, speed, and access over the past year have seen media in Africa’s ‘rim’ countries – those on the coastline with direct access to undersea data cables – explore the potential for tablet-based news products. These include serious paywall and freemium experiments, as well as couple of pioneering “tablet-first” startups, such as http://dailymaverick.co.za, which offers “free” iPads to subscribers and which appears to be building a credible audience for its longform, original reportage and analysis.

So, what do we expect in 2013? With the Open Data movement getting real traction and the success of early pilots like Code4Kenya’s efforts to transform historic editorial archives into data, we expect to see a wave of revenue-generative mobile/tablet apps that repurpose journalistic content into “evergreen” information, ranging from tourism guides and sports services to realty, health, and education advisory services. Few of these kinds of existing services have built meaningful audiences in Africa, because unique content was so scarce. But as media liberate and digitise their archives, and as data-journalism production systems enter the mainstream in newsrooms, it will become easier and cheaper to build more meaningful services.

We’re also expecting to see the media play a lead role in developing civic engagement and open government apps as they use technology to claw back relevance amongst audiences. And we will see the first real experiments with augmented reality, with news and journalistic content embedded in the virtual world around us for consumption on phones, tablets, and platforms such as Google Glass.

One place to watch the experiments supported by AMI is on the www.AfricanNewsChallenge.org website.