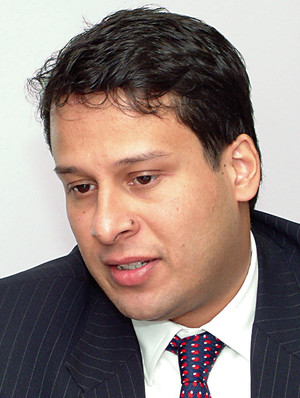 Vivek Couto is Executive Director of Media Partners Asia, Ltd., an independent provider of information services, focusing on media, communications and entertainment industries. Media Partners Asia is based in Hong Kong and Singapore.

It is interesting to see that many newspaper publishers across Asia are launching television channels. These include Maeil Business, Chosun Ilbo and Joongang in Korea, several publishers in Thailand, and Beritasatumedia in Indonesia. How would you explain this trend – is it a precaution against an anticipated decline in print revenues, or what else is behind it? Is it something we are likely to see happening in other parts of the world?

Vivek Couto: It is indeed an interesting trend. Look, some of the big print groups in India have diversified into radio and also TV news. The same is happening in Malaysia, with Star Publications buying a branded pay-television content business and various radio stations.

Yes, it does create a diversified revenue base. Television, especially in India and Southeast Asia and to some extent Korea, has retained a strong share of ad spend (60 to 70 percent in Indonesia and Thailand, 45 percent in India, and 40 percent in Korea). By contrast, print is on a long-term decline in Korea. In Indonesia and Thailand, though it remains vital, print is seeing a lower CAGR (compound annual growth rate) than television is.

That said, television is very competitive and there is a cost and capital intensity to the business. The major Korean print groups have not really made a significant dent in the television marketplace. Although they are acting with other partners, the costs are significant, with at least five years of losses before break-even is reachable. The Korean print diversification was kick-started by a political and regulatory initiative.

Next Media also tried its hand at television in Taiwan but became very frustrated. Indonesia may prove different, since the ad spend for television remains in a boom phase.

In Myanmar, a new open media market is about to emerge. Will we see a rush of foreign investment in new daily newspapers there? Why or why not?

Myanmar may well open up to FDI (foreign direct investment). The authorities are considering it across all media, though potentially with a limit of 49 percent maximum shareholding as opposed to 74 percent. It’s a very early stage, but it is a populous market with huge economic potential.

Could you give a general prognosis for the newspaper business in Asia? How do you expect print circulation and advertising revenue to develop?

According to projections made last year, CAGR over the next four years in the top five print markets in Asia will be between 9.6 percent for India and 4.3 percent for Singapore. In the same time period, Japan will yield top spot for print advertising revenue to China and overall print ad revenue will decline slightly but not dramatically. Print market share will decrease by an average of 2.7 percent in the top five markets.