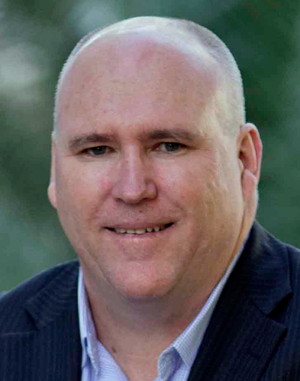 Mitchell Murphy has more than 25 years’ experience in the media industry and joined The Newspaper Works in September 2012 as its Executive Director, Publishing. He previously worked for 10 years for Fairfax Media, spending the last four years in New Zealand as General Manager, Auckland. He served as publisher of New Zealand’s only national newspaper, the Sunday Star-Times.

The business situation among newspapers in Australia seems fairly similar to that in the United States, with print circulation and advertising revenue falling. In the U.S., however, newspaper publishers’ stock prices are making something of a recovery. Do you see that kind of turnaround in Australia this year as well? If not rising stock prices, what other signs give cause for hope for the industry?

2012 saw profound structural and operational changes at Australian publishers. This transformation process will be ongoing during 2013. Publishers will continue to explore ways to lower their cost base, monetise digital platforms, and thoroughly assess merger and acquisition opportunities.

The Australian newspaper market has traditionally been very resilient during turbulent times and often sets the agenda for innovation. Digital readership results in recent times have been very impressive.

Obviously, all the publishers would like to see their respective share prices rise. Selling their vision to shareholders, a needed turnaround in a depressed advertising market, and demonstrating a capacity to control costs will be among the key factors that will impact share market fluctuations.

The other significant moment this year in publishing will be the launch in the first half of The Readership Works’ (TRW) new audience metric. The transformation of publishers from print media into multiplatform distributors of quality content has set a new challenge for audience measurement. In rising to meet this challenge, The Readership Works, in partnership with Ipsos MediaCT, is developing a survey that will put Australia at the forefront of global readership research and provide a refreshing new narrative for publishers to take to their customers.

We read lots about paywalls, which seem to hold some promise for newspapers, but there are more creative approaches to the quest for new revenue sources. What especially innovative business model(s) has/have been introduced by Australian publishers that hold promise in 2013?

Australia produces outstanding journalism, and strategies to charge for content on digital platforms will be rigorous during 2013.

Fairfax will introduce paywalls to their major sites – www.smh.com.au and www.theage.com.au – during the course of 2013, while News Ltd will charge readers on more of their mastheads following a successful introduction of paywalls at The Australian and Herald Sun (Melbourne).

Australian publishers have done an outstanding job strategically in creating and leveraging transactional verticals in the areas of real estate, jobs and motoring. While it is early days, sport looms as a force to enhance interaction with readers in the digital space and also develop revenue streams.

The bundling of digital and print subscriptions is now quite common in Australia. All publishers are expected to continue to enhance their video offerings on web sites and target extra revenue via pre-rolls. I expect traffic to mobile sites to keep rising significantly during 2013.

A major unresolved issue is Gina Rinehart’s bid to purchase a large stake in Fairfax Media. Where does that stand at the moment, and how do you foresee that situation developing this year?

Ms. Rinehart was quite active during 2012 in terms of increasing her stake in Fairfax Media and she was outspoken about her demands for two seats on the Fairfax board. In all likelihood Ms. Rinehart will continue to be vocal about the company’s performance and governance.