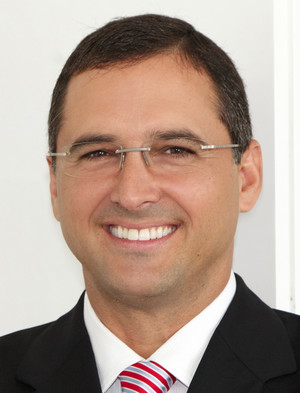 Carlos Fernando Lindenberg Neto is chief executive officer of Rede Gazeta, Brazil. He also serves as president of ANJ, the Brazilian national newspaper association, and is a member of the board of directors of WAN-IFRA.

In October last year, most Brazilian newspapers decided to leave Google News. How do you think the situation is likely to develop this year? (See http://www.pressgazette.co.uk/can-brazilian-press-survive-without-google.)

Lindenberg Neto: It seems to us that Google is becoming more sensitive to the issues involving newspaper interests. This might be happening due to worldwide actions taken by several news companies, associations and governments concerning this matter. In Brazil we expect to resume a dialogue that previously proved unfruitful. Most Brazilian newspapers have made their way out of Google News after our association (ANJ) in 2010 recommended that action, due to the low interest in the service itself and the indifference shown by Google to the newspapers’ demands. Google Search is still very important, but the Google News service is irrelevant in Brazil.

How do you foresee print circulation in Latin America developing this year? Are print advertising revenues shrinking or under serious pressure, as they are in much of the rest of the world?

Newspaper circulation in Brazil increased by 1.8% last year. Although the growth rate is the smallest in three years, it shows that despite the slow economy last year, the reader base is increasing, especially on the digital side, which experienced a 128% growth rate. Newspaper advertising figures have not improved because auto and real estate markets did not do well last year.

Do you believe mobile publishing will finally start making money for newspapers in Latin America this year? Why or why not?

The user base is soaring as the mobile device penetration grows at a very strong pace, but I am afraid that the winning business model is still not there yet.

Looking beyond your borders, how would you characterize the business climate for publishers in Latin America as a whole?

Latin America is a very diverse continent. Economic realities vary from one country to the other, as do the economic and political climates for publishers. In economic terms, generally speaking, newspaper companies have been doing fine. Latin American economies have not suffered as the northern continents did, and the period of continuous growth has allowed many publications targeted at new readers to flourish throughout the continent.

Unfortunately, that favorable scenario does not apply to politics. Publishers in many countries face serious restrictions on press freedom for various reasons. Those include very important countries, such as Argentina, Bolivia, Venezuela, Ecuador and Mexico, to name a few.

Also, while the intensity varies with degree of digital advancement in the various countries, the search for the right digital business model generally is a major concern for Latin American publishers.