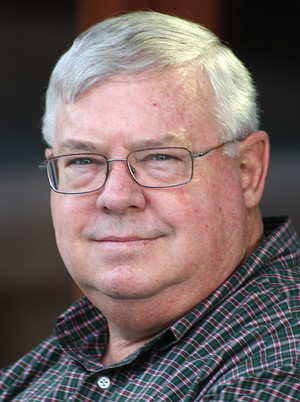 Rick Edmonds is a researcher and writer for the U.S.-based Poynter Institute  focusing on business and journalism issues. He formerly worked at the St. Petersburg Times and the Philadelphia Inquirer.


There are indications that the U.S. newspaper industry has passed its nadir and will recover somewhat in 2013. Do you agree with that assessment? Why or why not?

Rick Edmonds: I am cautiously optimistic that 2013 will be a year of stabilization and modest improvement. My first story of the New Year (http://tinyurl.com/2012-newspaper-stocks) noted Wall Street’s relatively upbeat view and enumerated the reasons why:

I would add two cautions. I do not expect the erosion of print advertising revenues to reverse, ever. Also, the industry remains vulnerable to the shock of new competition – as Groupon and other deal-of-the-day services provided a few years ago. Sunday pre-print/inserts have held up very well, but at some point advertisers may redirect their budgets.

Looking at the revenue sources currently being tapped by newspapers online (everything from banner ads to group deals to e-books, just for example), which ones do you believe will emerge as most lucrative/promising this year? Which ones will probably recede?

You’re right – we have entered a period of fast experimentation, and not all will succeed. I think digital marketing services, events and sponsorships generally, and contract printing have been and will continue to be successful. Digital subscriptions, especially when bundled with print and paired with price increases, may be the biggest contributor to revenue growth. Watch out, though – a New York Times executive warned in the most recent earnings conference call that the new revenue streams often do not supply as good a profit margin as selling more ads.

Which of the current revenue-source trials do you see as having the least chance of success?

Well, I think efforts to collect royalties from aggregators have made relatively little progress to date, witness the debacle of demand letters from Irish newspapers. The NewsRight effort led by AP is off to a slow start.

What print strategies (for example, reduced publishing frequency, niche publishing, consolidation of print plants, etc.) do you see as dominating the headlines this year? Could you give me your assessment of the Orange County Register’s strategy and its chances for success?

I think the three-day-a-week pattern may make sense in the future but not right now, especially since it appears to include deep cuts in traditional reporting and editing. The Orange County experiment bears watching. Expanding and restoring news staff is non-conforming for metros, but that doesn’t mean it is wrong, and perhaps there is a particular match to that hugely populous county. I have not yet seen a financial analysis costing out the expected benefits.

Will mobile publishing finally begin to make money for U.S. newspapers this year? Why or why not?

Mobile had been a toughie, with huge increases in use and more to come but no accompanying boom in revenues. There is talk of optimizing ads for smart-phone users, but the way people use the device acts against interjecting ads into a news feed. Shopping seems to be a discrete activity. So I don’t see a big impact in 2013. But time is probably on the industry’s side. These are still early days. It took decades of growth and development for cable TV to become the gusher of cash it is today.