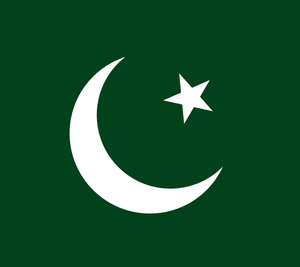 An estimated 2,000 journalists have been assaulted or kidnapped during this period, Lars Bestle, the head of Asia programmes for International Media Support (IMS) told an international conference on the safety and security of Journalists in Pakistan last week.

Yet only one murderer, who beheaded The Wall Street Journal’s Daniel Pearl, has been successfully prosecuted, a reality that illustrates the total collapse of law and order and culture of impunity.

“These are dark days for the Fourth Estate,” Khwaja Muhammad Asif, author, newspaper columnist and Member of Parliament for the Pakistani Muslim League conceded. But the days may get darker still, as Pakistan heads for elections in the next three months. Asif warned of dark forces at work to derail the elections.

Pakistan is one of the five pilot countries for the UN’s Plan of Action, which will work towards ensuring the safety of journalists and bringing end to the culture of impunity.

Last week in Islamabad, a Pakistani media coalition and an international alliance of media defense groups were formed to support the UN process.

But all those involved know that finding a way to end the violence will be difficult, given Pakistan’s complex and interlinked media, social, religious and political problems.

Dr. Kozue Kay Nagata of Unesco Pakistan said it is almost impossible to isolate the issue of journalists’ safety from other human rights violations and the prevalence of violence. Any solution would need support of all stakeholders, particularly non-governmental organisations and civil society.

She highlighted Pakistan’s national spending priorities to illustrate her argument. Pakistan has the highest per-capita spending in the world on armaments and one of the lowest levels of spending on education.

There are so many power centres that it is impossible to keep everyone calm while reporting, said Owais Ali, chairman of the Pakistan Press Foundation. There are dark holes where no coverage takes place because of security concerns.

Journalists are scared and insecure and trust no one, even in their own news teams.

Some are now talking of arming themselves, increasing the urgency for a solution.

Meanwhile, local media groups say it is the decline in the role and responsibility of editors that is to blame. Digital media, including TV channels, are locked in a competitive ratings war, and decisions about assignments are often made without the safety of the reporting crew being considered. “There was an institution called the editor, who is no more in broadcast media,” said senior journalist and TV anchor Absar Alam.