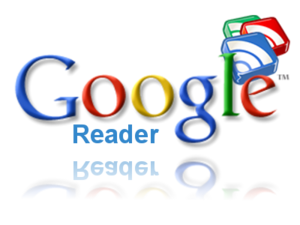 The decision to axe the eight-year-old RSS reader was a particular shock to journalists, who responded vocally: “Google just screwed over like, every journalist I know,” Jill Pantozzi, associate editor of The Mary Sue, tweeted. BuzzFeed wrote that every journalist uses the tool in some capacity; journalist Laura Hazard Owen claimed that along with email and Twitter, Google Reader is among the top three most important tools for her job, and she’d choose it even over email. According to his Twitter, Shawn Gillen, English professor at Beloit College, devoted class time to teaching aspiring journalists to use the application.

“The loss of Google Reader could change the way a lot of web journalists, like me, do our jobs,” Owen wrote in an article for paidContent.

Many of the suggested alternatives to Google Reader will not satisfy journalists. Some suggested Twitter makes RSS feeds obsolete, but Owens noted that the real-time display of Tweets makes news likely to get lost. Google Reader, on the other hand, stores old stories and marks what you haven’t read. Poynter remarked that without RSS, news from smaller outlets isn’t likely to surface. Tellingly, Mashable noted that if Twitter could replace Reader, “why is Twitter itself ground zero for Google Reader outrage?”

In addition, other potential alternatives such as Flipboard “give you too many pretty pictures and not enough stories per page,” Mashable reported. Owens said that if she relied on a service like Flipboard, she’d miss “the nitty-gritty stuff” and instead be presented with a barrage of major headlines.

Several petitions against Google Reader’s closure have surfaced, like this one that’s collected more than 44,000 virtual signatures. But these appeals are unlikely to sway Google: Back in 2011 a petition to revert Google Reader to a previous edition gathered more than 10,000 supporters, but Google never made the change.

If, after much time denying, tweeting, being angry, tweeting, bargaining and tweeting some more, you’ve made it to the “seventh stage of Internet grief,” the attempt to find an alternative, journalists have plenty to choose from. Newsblur, Feedly and Taptu are among the most commonly cited alternatives, and journalism speaker Paul Bradshaw is compiling a list of others that so far includes more than 43 options.