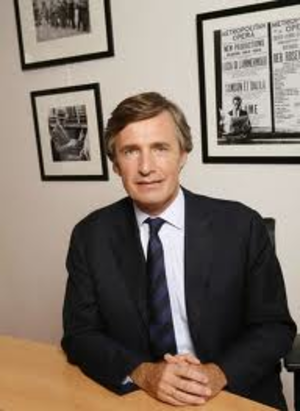 At a Moscow State University conference titled Journalism: Social Mission and Profession, Volin spoke to journalism students about his views of the profession of journalism, further igniting the battle for press freedom in Russia.

Emphasizing that journalism is solely a business, Volin told students: “The task of a journalist is to make money for those who hired him, and this can only be done if you become interesting to listeners and readers.”

“Journalists should always keep in mind that their task is not to make the world better or lead humanity along the right path” reported iMediaEthics.org.

He warned the university’s lecturers “If you don’t teach this – you are committing a crime.”

A source told iMediaEthics.org that Russian journalists are being killed in their “efforts to get the truth out” and that they should “just write propaganda. It makes your stomach turn.”

An unnamed journalist in Moscow added, “for a long time the government here has been clamping down on free expression of the media, this latest thing doesn’t surprise me in the slightest.”

Volin had some strong words to say about the relationship between journalist and boss. In an interview with Red Hot Russia, Volin said “The one who pays, he always orders the tune.”

Alexei Volin has had a long history in Russia’s media circuit. He worked as a reporter, headed a major state-owned news agency, and ran a publishing house before his current position as Minister of Communications that he has held since last year. He was then charged with creating Russia’s state policy for the media.

Volin’s speech comes as little surprise to Russian journalists, as press freedom continues to be undermined. According to Reporters without Boarders, “ever since Vladimir Putin’s return to the presidency last May, the government has had a spate of repressive laws passed in order to prevent the growth of more freedom of information.” Russia ranks 148 out of 179 countries according to their press freedom index.

The speech was not met without backfire. The Russian Union of journalists responded saying that regardless of what officials say, journalism’s main objective remains the same – “to be the eyes and ears of the society.”