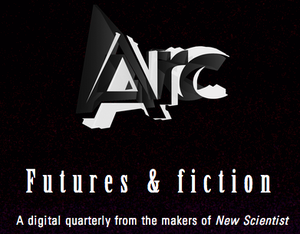 New Scientist expected only to sell a few copies of their paper edition of Arc, their quarterly science fiction magazine, but have been pleasantly surprised by 2,000 sales so far — and that’s just the beginning.

“We’ve gone from a bit of a joke to thinking we might have 5,000 to 10,000 print circulation if we get it right,” Publisher John MacFarlane told Media Briefing.

While print-on-demand profits will likely never substitute revenue from regular print editions, they can certainly help a publication finance its digital-first strategy. Print editions can extend a publication’s shelf-life to a year or more, according to The Specialist Media Show, and print-on-demand strategies eliminate overproduction costs and waste and allow publications to remain on the market forever, Digital Journal wrote.

“The joke was it was an unlimited edition because there was no limit to how many could be sold,” MacFarlane said. “But obviously it’s a premium product and we didn’t expect to sell any. Then people kept ringing up asking why they couldn’t find it in their local WH Smiths.”

Unlike a newspaper, publications like Arc are good for more than one read, and people can justify paying extra for them, the hallmarks of a successful “bookazine,” according to The Specialist Media Show. Additionally, such bookazines have small production costs: MacFarlane told Media Briefing that no additional work was needed for Arc’s print edition; the magazine simply sent Arc’s iPad files to MagCloud, HP’s print-on-demand service. Repackaging the same work unlocks additional revenue without additional work, Jasper Jackson wrote.

While £4.99 is “the optimum price” for bookazines, according to The Specialist Media Show, Arc’s resulting print edition costs $35.95 each. MacFarlane said the result is comparable to cuts from Kindle editions.

New Scientist is not the first publisher to experiment with bookazines: Future Publishing has been a leader in the enterprise, with a plethora of one-offs including Craft & Click: The Essential Guide to Crafting and On Your Bike, composed by teams from Cycling Plus and What Mountain Bike magazines. Immediate Media plans to launch three bookazines every month, according to Journalism.co.uk. Mobile Publisher Rebekah Billingsley said that as a result, “every month they are making more and more money.”