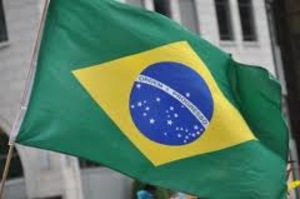 Reports say Carvalho was gunned down just one month after Rodrigo Neto de Feria, who worked for the same newspaper, Vale do Aço. They both covered the police beat and the murders are believed to be linked.

In a report published in January titled “Brazil, the Country of 30 Berlusconis” Reporters Without Borders (RSF) examines all aspects of Brazil’s media landscape. Berlusconi, the Italian media mogul and former prime minister, was known for his dominating influence over media in Italy. The concentration of media ownership in Brazil is identified by RSF as just one of many challenges, aside from journalist murders, that threaten freedom of information.

“Murders cannot be linked to an overall context similar to the context in Mexico or Colombia” said Marcelo Moreira, president of the Brazilian Association of Investigative Journalism.

Reporters Without Borders also reports that “relations with local politicians seem to account for the marked increase in threats and physical attacks on journalists and news media in recent years.”

Last year WAN-IFRA reported on freedom of speech in the Americas, reporting that “violence, impunity, self-censorship and news blackouts in Mexico, Central America, Colombia and Brazil” continue to rule.

ARTICLE 19 reports that several journalists have been forced into exile following articles they have written. The capitol of Sao Paulo was one of the most violent areas for freedom of expression in 2012.

The International Press Institute (IPI) released a statement calling attention to the problem and urged the Brazilian Congress to approve a bill that would allow federal prosecutors to try crimes against journalists. The bill, however, is not supported by all freedom of expression organizations in Brazil.