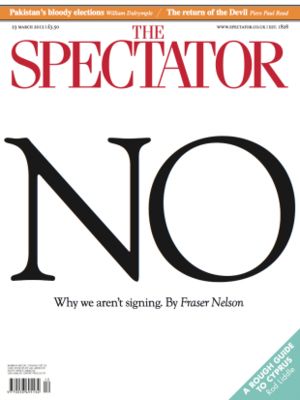 Hailed by Black as a “hammer blow to investigative journalism”, the Charter has also fallen under attack from former Guardian editor, Peter Preston, who recently expressed his lack of faith in its ability to make any real difference to the issue of press accountability as it stands today.

So just why exactly has the Charter been condemned by journalists and news executives as an unacceptable resolution to the on-going dilemma of press regulation in the UK, aside from the fact that it is underpinned by law, and therefore implies a degree of government control over the press? Will it actually change anything? Is it a system that is any more likely to hold the press to account than they have been already?

Perhaps most worryingly, the Royal Charter poses a dangerous economic threat to newspapers already struggling with the transition to digital news. The new regulatory body will have the power to impose fines of up to £1 million – publishers who opt out of the new regulator will pay a hefty price, facing extortionate damages if they breach the Charter’s code of journalistic conduct. South African journalist and media commentator, Raymond Louw, voiced the opinion that “this is a seriously bad idea that will create martyrs and is probably incompatible with the free speech clauses of the human rights act and European convention. It means a magazine such as Private Eye or websites for which regulation was never intended could face crippling damages which could put them out of business.”

Columbia University’s Emily Bell, writing in the Guardian, raised concerns that the government’s proposal is “illiterate about the internet.” The Charter fails to address the fact that, nowadays, “anyone can be a journalist” thanks to the rise of blogging and social network platforms such as Facebook and Twitter which are exempt from the new Charter “because they do not seek to exercise ‘editorial control’ or indeed report news as part of a business model.” A news story often finds its way to the public via social networking sites such as Twitter well before it is diffused in a published, edited format in a newspaper or on a news website. Bell also points out that on Facebook, you can carry out what is called a ‘graph search’ to see how people are connected (i.e. the names of people who attend a particular school), and this is only acceptable because you are not publishing the findings. If this list of names were to be published in a newspaper, it would be seen as an invasion of privacy. Bell therefore sees the Charter as inadequate in the age of the internet since “what [it] does not address at all is whether there are new concerns about privacy and protection that should be under consideration.”

Many reactions to the Charter have also raised questions as to what difference the new bill will actually make to the issue of accountability for phone hacking which, let’s not forget, is what triggered the Leveson inquiry in the first place. There already exists a law making phone hacking illegal, so what difference will another one make? Peter Preston acknowledges that the Charter “underscores the fact that hacking and similar invasions of privacy, when they’re against the law, need to be borne in mind very constantly by journalists“, although confesses that he is “jiggered if [he] can think that it makes an absolutely stupendous difference.” A Leicester Mercury editorial has also pointed out the range of other restrictions that already govern the British press, listing “a libel system heavily weighted in favour of litigants; a newly established privacy law; and a raft of reporting restrictions which make coverage of public courts increasingly problematic.”

Many see the new Charter, therefore, as ineffective, contributing precious little to the issue of press accountability aside from a set of crippling financial damages to punish any newspaper which puts a foot out of line. Will it lead to higher quality journalism? The Northampton Chronicle seem to think not, pointing out that anything written that is “contentious or remotely investigative will be open to such widespread challenge that our papers will be anaemic.”

What it might do, however, is go some way towards restoring readers’ faith in newspapers and in journalists, something that is lacking after the ethical disaster that was the phone hacking scandal.