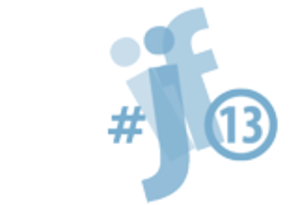 In the age of social media, scoops can last just a matter of seconds. As New York Times interactive editor Aron Pilhofer noted in a session on moving towards smarter, better online content, gone are the days when competitors would have to wait 24 hours to take your scoop. Now, he said, it’s almost irrelevant to be first, and the value of being right outweighs the value of being first by magnitudes.

It’s not just traditional news organizations who feel this way. Adam Baker, founder of citizen journalism site Blottr, said that his team can’t afford to get anything wrong, because they don’t have the reputation of an established brand.

Most normal people don’t even know who broke a story, said Anthony De Rosa, Reuters’ social media editor, in a session on citizen journalism. Eric Carvin, social media editor at the Associated Press, suggested that scoops are becoming less relevant, with great investigative pieces becoming more important. Pilhofer made a similar point, commenting that any blog could cut and summarise a breaking news article, but a piece like Snowfall will always be unique to The Times.

The Economist is an antidote to the obsession with speed, said community editor Mark Johnson. The paper uses social media to strengthen its already strong community, but focuses on sending out links to articles and cultivating discussion rather than covering breaking news. “You don’t need to know what’s happening minute by minute, sometimes a good analysis 24 hours later can be more valuable.”

“The use of social media shouldn’t be changing our overall value as journalists,” said Carvin. “We use social to further our goals as a news organization. Our number one priority at the AP is to break news: to find stories.” He is happy for AP journalists to use social media primarily as observers, looking out for stories and potential sources. Of course the advantage to having a prominent presence is that it helps you to build your network and widen potential sources: you want to be the person who people want to come to. This has to be done with care, however.

“I think we really need to re-establish a commitment to accuracy on social. Lots of people view it as a ‘softer’ platform,” Carvin continued. The AP has a rule that its reporters should never tweet something that the organization wouldn’t be happy to share on the wire.

This point became particularly pertinent during the events in Boston. “As news organisations, we are tweeting news,” Carvin said. During the hunt for bombing suspects, however, many reporters and others were live-tweeting what the police were saying over scanners, but this was often unconfirmed information and discussions.

Sue Llewellyn, digital media strategist, agreed that it’s far too easy to get carried away on social media, and stressed the necessity to remember that you have the right to remain silent and you are often right to be silent. She recommends that journalists think a bit more before posting on social networks, urging them to ask “is it true? Will it add any benefit to the story and to myself?”

All panelists agreed that inaccuracy can be very damaging to a news organisation’s brand. As Carvin pointed out, inaccuracy that goes out as a tweet might be seen more than anything else you publish. The three golden rules of using social media, Llewellyn said, are “verify, verify, verify.”

Carvin said that he only tweeted once or twice the day of the hunt for the suspects, rather focusing on watching what was coming in and looking for people to talk to. “I find that a lot of times, when big dramatic news is breaking is to focus on news gathering.”

De Rosa expressed a similar sentiment. “I have decided to slow down, do fewer updates on social media and do more live coverage, taking time to pull in more context around the things we’re seeing.”

It is widely accepted that social media will continue to play a key role in breaking news. Will journalists find news ways to use it more effectively, and more safely?