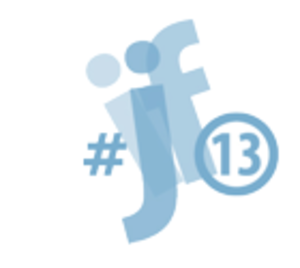 Data journalism doesn’t necessarily sound “sexy,” said Aron Pilhofer, editor of interactive news at The New York Times, but as the South Florida Sun Sentinel made clear this month with its Speeding Cops story, it can be Pulitzer Prize-winning.

Pilhofer leads a team of 18 data and developer journalists. In contrast, Guido Romeo of Wired Italy explained that he himself is the data team. Pilhofer argued that it isn’t necessary to have a huge team to do great stories, pointing out that the Sun Sentinel’s public service Pulitzer-winning piece was done by a very small team, who acquired the data, analysed it and published it within a matter of weeks. It’s something that “normal people in normal newsrooms can do,” he believes.

Dan Sinker, director of Knight-Mozilla OpenNews, described some of the US election coverage projects he had been most impressed by. Election coverage really allows you to track progress of news organisations, he pointed out, as it’s every four years. On election night, his go-to app was created by NPR’s new news apps team, who decided not to use a map, as most new outlets do, but went for blocks representing real numbers.

ProPublica’s Message Machine was another notable initiative, he said, looking at the different targeted fundraising emails sent out by the presidential campaigns. ProPublica’s team built software that allowed people to auto-forward the email they received, and by looking at the demographic data that the public provided, they started to detect trends and surface algorithms.

Pilhofer dicussed statistician-turned-journalist Nate Silver’s impressive predictions of the US election results, which were an “utter victory for what I would call one form of data journalism: applying stats to storytelling.”

Panelists agreed that getting more statisticians and other mathematicians interested in journalism is extremely important, as such people will be able to provide higly useful skills to newsrooms of the future. But the dangerous side of Silver’s fame is that editors across the US, and even further afield, as Romeo noted, now want their “own Nate Silver” but don’t understand that this kind of work is based on probability. “It’s not a precise science,” said Pilhofer, and even Silver can be “spectacularly wrong.” As James Ball, data editor of the Guardian, pointed out, this was indeed the case when Silver tacked the UK election in 2010.

When asked how to put together a data journalism team, Pilhofer stressed the importance of getting people who know how to acquire data, and know not to take it at face value. “You need to know what’s good about data,” he stressed.

Looking forward, Sinker pointed out that there are exciting implications for journalism of work being done to hack hardware, as Safecast did with radiation monitors in the aftermath of the Fukushima nuclear disaster. “You are beginning to see some of the work that they did beginning to trickle into newsrooms,” he added. Along the same lines, Pilhofer noted WNYC RadioLab’s Cicada Tracker, which encourages the public to build their own temperature sensors to track when cicadas are likely to emerge from their 17-year hibernation period.