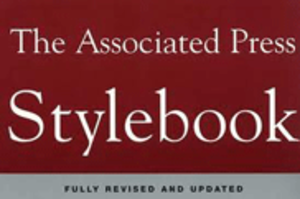 Kathleen Carroll, AP Senior Vice President, announced on Tuesday that the term ‘illegal immigrant’ would not be used anymore, calling it a “label.” She noted that the AP prefers to label “behavior” rather than “people,” writing that instead of using the term “schizophrenic,” the AP now prefers saying that one is “diagnosed with schizophrenia.” The new AP entry still categorizes illegal immigration, but recommends to avoid using “undocumented immigrant” or an alternative descriptor like “unauthorized” in place of “illegal immigrant.”

“Acceptable variations include living in or entering a country illegally or without legal permission,” the AP’s StyleBook suggests.

The San Antonio Express-News stopped using the term five years ago, and in 2010, the paper stopped using “immigrant” with a modifier altogether, Poynter reported. Rather, the paper would state that somebody had entered the US illegally, and cite a source.

More recently, discussion about using the term began late last year and is headed by Jose Antonio Vargas, a former Washington Post and Huffington Post reporter who revealed to himself as an ‘undocumented immigrant’ in a Times Magazine piece last year. He founded the advocacy organization Define American, which seeks to change the conversation on immigration reform.

After the AP announcement, Vargas tweeted “No human being is “illegal.” Thank u, @AP, for doing the right thing—for the sake of accuracy and humanity.”

Vargas hopes this change is “the beginning of a conversation in newsrooms all across the country.” Yet the conversation seems to be one of division.

Both the New York Times and the Los Angeles Times announced that they would issue their own edits, but nothing further.

In September, as the debate heated up, NY Times Public Editor Margaret Sullivan supported the use of ‘illegal immigrant’, saying it was for clarity and accuracy. However, in a recent post she said that her “position on this has changed over the past several months” and now favors “the use of “undocumented” or “unauthorized” as alternatives.”

“From what I can gather, The Times‘s changes will not be nearly as sweeping as The A.P.’s.” said Sullivan.

“Whether or not the term is accurate, there is a growing group of readers who are put off by it,” said Preston.

Meanwhile LA Times Opinion Editor Michael McGough strongly disagreed with banning the term, saying, “The notion that the AP abandoned “illegal immigrant” because of some epiphany about the distinction between “people” and “behavior” is laughable.”

The debate on illegal immigration continues in Washington as lawmakers will decide whether to legalize 11 million immigrants.