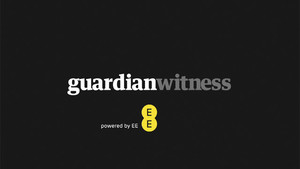 The platform, developed in collaboration with mobile network EE, will “crowdsource content from around the globe by enabling users to share videos, pictures and text directly with the Guardian‘s editorial team, as well as to browse the contributions submitted by other GuardianWitness users.” By facilitating reader participation and influence, the Guardian’s new tool reveals their commitment to a model of “open journalism” that has gradually become the core of their identity as a newspaper.

Guardian readers are now able to share their photographs, videos, or written text directly with journalists either through articles on the Guardian’s website, or through free apps on the iPhone and Google Android smartphones. The Guardian’s social and communities editor, Joanna Geary, commented: “At the Guardian we have a long history of getting our readers involved in our journalism. In the last few years alone our readers have helped us to review MPs’ expenses documents, follow the UK riots, gain real-time insights into the Arab spring as events in the Middle East unfolded and challenge the government’s employment schemes. GuardianWitness will further reinforce our recognition that journalism is now a two-way conversation and will open up our site as we never have before.”

Readers will have a unique opportunity to help shape the news and to inform the commenting and reporting of professional journalists. Geary also pointed out that journalists will benefit hugely from this new tool, since they will have access to an abundance of “insights and views that [they] perhaps don’t yet have access to.” It is hoped that GuardianWitness will lead to a better-informed, higher quality form of journalism that eliminates the boundaries between journalists and the public, something which is already being achieved thanks to the rise of the smartphone, and also helped along by the constructive debate that unfolds between readers and journalists on social media platforms such as Facebook and Twitter.

Every submission made via GuardianWitness will be verified by an editorial team to ensure its appropriateness, and journalists will then choose whether to include the user’s submission in their piece. Contributions will also be published on the spin-off GuardianWitness website whilst video content will appear on the GuardianWitness Youtube channel.

The Guardian will use their new platform to appeal for contributions in three distinct ways. Firstly, ‘assignments’ will be set by Guardian editors relating to topics “from across the spectrum of the Guardian‘s editorial output – including news, sport, culture and life and style.” To take a current example, ‘The cuts get personal’ is an assignment which asks people to share aspects of their life that have been affected by the government cuts. One user submitted a photograph of the inside of an electric plug with the caption, “Wiring my own electric goods because I can’t afford an electrician.” In this way, the platform keeps journalists directly in touch with the reality of everyday lives by offering them intimate glimpses into people’s social, economic or political problems and opinions. Secondly, ‘live news’ submissions can be made – “Guardian and Observer editors and reporters will sometimes invite readers to contribute submissions to breaking news stories to help report the day’s events from all corners of the world.” News stories on the Guardian‘s site that are welcoming reader submissions will be made visible by a GuardianWitness badge. Thirdly, the ‘submit a story’ method will allow readers to submit written pieces or even just raw ideas relating to potential news stories. The Guardian have said that “suitable submissions will be flagged to our editorial team who may want to follow up on them for possible stories and features, or set up a new assignment based on the original submission.” It is clear, then, that GuardianWitness will see readers informing and influencing journalism on an unprecedented scale.

With the launch of this new reader-participation platform, it seems that the Guardian are truly committing to the “open journalism” strategy that they began investing in with their memorable Three Little Pigs television advert back in February 2012. They also remain devoted to their free news strategy. Although they charge for mobile and iPad apps, few people are willing to buy the app when they can read Guardian content online in an almost identical fashion for free. Award-winning writer and journalist, Heather Brooke, has previously spoken out against what she sees as The Guardian’s “unsustainable business model.” She commented that “news is not free, it’s expensive… Somebody has to pay for that cost, and actually what The Guardian does by giving it away for free, is it continues this unrealistic expectation the public has that you can do good civic journalism for nothing, and you can’t, and it makes it harder for other newspapers and other journalists to demand to be paid for their work.” By adding this ground-breaking (not to mention, free) new tool to their website, surely The Guardian will end up gaining an even larger online audience, and ushering people away from their paid apps as a result? In the past few weeks we have witnessed the announcement of new paywall proposals from papers such as the Sun and the Telegraph… will it be long before the Guardian are forced to follow suit?