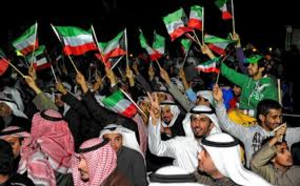 According to Reuters, the bill, which requires senate approval before President Pierre Nkunrunziza can sign it into law, subjects journalists to fines ranging from $2,000 to $6,000 and bars the media from reporting about public safety, national defense or the plunging national currency that lost 14 percent against the U.S. dollar last year.

The news follows a recent case involving radio reporter Hassan Ruvakuki, who spent 15 months in prison in connection with his work before finally being released on health grounds on 6 March.

New York-based Human Rights Watch cautioned that the government has been attempting to stifle press criticism of violence perpetrated by the current regime.

In Kuwait, local reports announced the cabinet approved a media law bill stipulating a 10-year jail term for religious offences and a fine of more than $1 million for criticizing the emir. Local newspapers leaked details on the law that would have to be approved by the Parliament and head of state, the emir.

The AP reports that Kuwait’s media has recently suffered from escalating Internet crackdowns, including prison sentences for Twitter posts ruled insulting to the emir. Reports say the government has imprisoned several opposition tweeters, activists and former members of parliament on charges of defaming the emir.

France-based Reporters Without Borders slammed the draft law, describing it a “draconian” and urged parliament to reject it.

“We are outraged by the government’s desire to use this draconian law to control information and restrict freedom of expression,” Reporters Without Borders said in a statement.

Kuwait, one of the richest oil countries, is in stark contrast with Burundi, which ranks as one of the poorest.