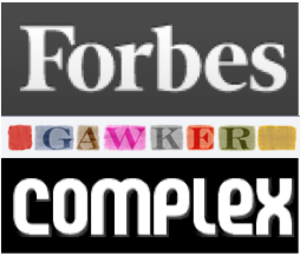 Complex’s approach shatters the wall between advertising and editorial: Editors are paid a percentage of the company’s revenue. Their salaries also take into account their sections’ pageviews and social media action, according to Sternberg.

“You want editors understanding the business side and their pains, and vice versa,” Complex CEO Rich Antoniello told Sternberg. “We try to have everyone, not only aware, but have skin in as many games as absolutely possible. When people know the totality of the business and run in the same direction, it makes it more effective.”

Forbes’ contributors are paid a predetermined amount for each page view, and 10 times that amount for a return viewer, according to Digiday. This strategy encourages contributors to cultivate a “loyal audience,” Chief Product Officer Lewis D’Vorkin told Sternberg. And while full-time staffers have set salaries, bonuses depend on audience engagement, including Twitter followers, conversations with their audiences and comments on their articles, Digiday reported.

Both Gawker’s and BuzzFeed’s offices display leaderboards, accounting for each author’s pageviews. But the two sites make different use of those numbers. At BuzzFeed, the numbers simply motivate competitive employees to trump their co-workers with more viral stories, Editorial Director Scott Lamb said at a conference in December. But for Gawker, meeting traffic targets can translate to 20 percent bonuses for entire editorial teams, according to Digiday.

Startups are counting on the performance pay model. Sasangee, the soon-to-be-relaunched literary magazine from Seoul, will give contributors a cut of the revenue from ads on their articles.

“We’ll know the click-through rates for every single article, so we can actually give you a cut for the advertising that goes through,” Editor-in-Chief Won Hee Chang told Bloomberg Businessweek. “You won’t get paid once; you’ll get paid continuously.”

Dutch startup De Nieuwe Pers (“The New Press”) is basing contributors’ contracts on their marketing of their “channels.” This year contributors get 100 percent of the revenue from subscriptions to their personal channels, and next year the platform will start taking a 25 percent cut, Nieman Lab reported.

But Jason Pontin, editor-in-chief of MIT Tech Review, expects just the opposite trend. He argued against qutotas, saying they don’t necessarily incite the best-written pieces; if reporters’ work is instead gauged by metrics like page views, they’ll be compelled to produce the best work possible, he told Sternberg.

Performance pay is not only beneficial for journalists’ pockets, but also readers and the publications themselves, said Chris Seper, editor-in-chief of MedCity Media. This system leads to more engagement with audience, as reporters have extra incentive to listen to readers and understand what they want, he said, rather than just pursuing their personal interests.

“A chance at more money may not change the habits of the wayward reporter,” he wrote. “But it will recognize the efforts of a focused one, boost morale and show that working toward a bigger goal matters.”

Seper wrote that MedCity bases 5 percent of reporters’ total paychecks on benchmarks such as web traffic, and he advocated for an increase in this reward system to 20 percent. He said as publications regain their financial footing, more should tie funds to reporters’ performance.

While arguments resonate both for and against this type of pay, it’s clear that with newspaper revenues’ mostly stagnant, publishers aren’t making salary decisions lightly. Ultimately, individual publications will need to determine their own best practices.