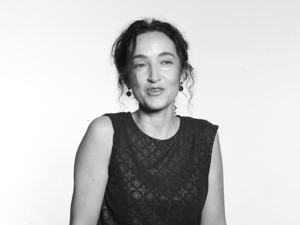 Rue89 is a news site with a particularly unique brand: it functions on an innovative model of collaboration and participation. The site contains a mixture of content from journalists, expert bloggers, and everyday Internet users in the form of reports, investigations, witness accounts, opinion columns and topical analyses. The site was sold to Le Nouvel Observateur in December 2011, an excellent decision according to Grosjean since they “never interfere in the site’s content,” and have made them less “economically fragile.” The site receives 5.6 million visitors on average per month. They have a total of 145,000 Facebook likes – according to Grosjean, the most likes of any exclusively online newspaper – and more than 440,000 Twitter followers. Grosjean is quick to defend the participative element of Rue89, arguing that it does not make them any less serious or credible as a news site. Their “expert bloggers,” for example, are still subjected to rigorous fact-checking by an editorial team who validate their work to ensure that a high quality of journalism is maintained.

Rue89 is unique in that it devotes a large portion of its site to witness accounts from the public. They encourage readers to send in personal stories, which are then reworked and validated by the editorial team. Grosjean cited a recent story sent in by a man who, as a boy, aspired to work in a bakery, but was encouraged by his seniors to give up this idea because he was strong in academic subjects. Before simply publishing this story online, Rue89 editors verified the truth of its events. Crucially, they also check that the story has not already been published elsewhere. Grosjean described the fact-checkers as “merciless,” leaving no stone unturned in the process of validating an article. She maintains that this is a legitimate form of journalism that should not be sniffed at: it may be based on readers’ accounts, but the editing process involves the work of professional journalists.

Another unique element of their site is the “votre porte-monnaie au rayon x” (“your purse under the x-ray”) section. Every week, people offer up their financial information (income, expenditure, living costs etc.) to the eyes of Rue89 readers. On the “porte-monnaie” page, Rue89 appeal for information from the general public: “Whether you’re a poker player, a voluntary fire-fighter, teacher, European deputy, roasted chestnut seller, or millionaire, your money interests us!” Grosjean views this information as “sociological documentation” that can help the nation to better understand the “power of purchase” and how it is evolving over time. Grosjean mentioned one participator in the “porte-monnaie” project who was fired from his job for making his financial situation public in such a way. “People take risks,” she said. They put themselves out on a limb in order to contribute to this fascinating social project.

A facility used by countless online newspapers nowadays, Rue89 prides itself on its collaborative reader comment system. Grosjean described the instantaneity of this method of participation: “the content goes online, and two seconds later we have comments.” It is “another way of telling stories,” that enriches the work of Rue89’s professional journalists, but there have been occasions when it has been necessary for Grosjean to delete abusive comments, for example, following the publication of a controversial article written by a Catholic defending her church’s doctrine. Rue89 had to justify this decision in an article on their site, explaining that threatening comments can often drive valued contributors away. Grosjean also made the interesting point that on Twitter, the conversation between readers is on a different level. “It’s more constructive because people are writing under their own names,” whilst on Rue89, users can remain anonymous, which can facilitate unrestrained abusive messages due to a lack of consequence. What sets Rue89’s reader comment system apart from those of other news sites, though, is the fact that sometimes readers are contacted by the editorial team and asked to write more on a certain subject if their opinions or experiences are deemed particularly interesting. This is a new level of participative journalism that gives readers a huge amount of influence on the content of the Rue89 site.

Rue89’s revenue comes from a mixture of advertising, iPad app sales, conferences and journalism training (Rue89’s team train TV journalists who need guidance on how to maximise the potential of the Internet, for example). When asked by one of the masterclass participants if Rue89 are considering introducing a paywall for their site, Grosjean answered that the issue has been discussed in great detail, and although they haven’t ruled out the prospect of paid content, it is not very likely since Rue89 has a “culture of free news.” They have more of an “appetite,” however, for expanding to tablets. They have a free app for iPhones and iPads (promising a better-adapted format for the iPad in the near future), and lately transformed their twice-monthly print magazine (launched in June 2010 and described by Grosjean as an “exhausting” project) into a paid iPad app named “Rue89 avec les doigts complet,” signalling their hopes for a bright digital future.