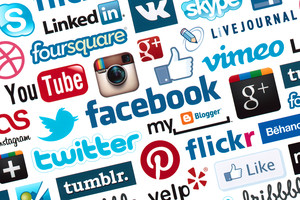 According to French journalist Laure Nouraout on meta-media.fr, the summit panelists made reference to the Boston bombing regularly throughout the day to provide a solid basis for their discussions. As David Hayward, Director of the BBC College of Journalism’s events programme wrote on his blog: “Last week was quite extraordinary for breaking news stories. I was in New York for most of it, preparing for the BBC College of Journalism and New York Times Social Media Summit #smsnyc. As many people pointed out, the event could not have come at a better time for the issues that were to emerge.”

The summit took a critical glance at the way in which breaking news is treated and consumed by the masses. The general consensus seems to be that events in Boston have acted as a real game-changer for the relationship between journalism and social media. Developments during the Boston bombing scandal were reported and discussed on Twitter on an unprecedented scale and hereby revealed the extent to which traditional methods of news reporting such as TV and radio are growing largely outdated.

But events in Boston also sparked grave journalistic errors (see previous Editors Weblog article). As media blogger Alan D. Mutter wrote on Newsosaur: “armed with iPhones, empowered by Twitter and amplified by the high-tech witch hunt known as Reddit, perhaps more self-appointed citizen “journalists” than ever broadcast whatever came to mind in an instant, unencumbered by such quaint considerations as accuracy, fairness and balance – or concern for the damage that erroneous accusations can inflict.” False information was propagated on a viral scale, highlighting what Hayward sees as the “massive problems of social media in a fast-moving news environment,” that is, “the mistakes that go uncorrected and then shared across networks,” and “the mass of noise and speculation, without context or challenge.” Of course, the journalism industry is no stranger to errors of information. But the virality which Twitter facilitates means that the moment a piece of false information is put out there, it is retweeted by other users and thus its exposure grows uncontrollably.

The sheer influence of Twitter in breaking news stories was recently acknowledged in ITV crime series, Broadchurch, in which the news of an 11-year-old boy’s murder is first broken by a journalist via a tweet, a move which aggravates the police who have given the boy’s family their word that they will not make the murder public before first consulting them. This may be a fictional example, but it seems highly plausible – surely recent events in Boston have shown how important it has become that Twitter undergoes some form of policing when it comes to sensitive issues such as murder or terrorism? As Mutter points out, Twitter users generated “so many false accusations and so much paranoia that they heightened the collective angst understandably triggered by the cascading horrors of the marathon bombing.” Their false information produced a toxic effect on the general public that amounted to more than just confusion. Indeed, it might be fair to say that false Twitter reports were responsible for something closer to emotional turmoil.

The summit lay emphasis on the importance of quality over rapidity – even in today’s digital age, it remains important to send reporters out to breaking news scenes so that they might then go on to produce well-researched, accurate reports that also (it is hoped) respect ethical and moral codes of journalistic conduct (e.g. they will not include potentially disturbing images without first warning the reader). Another question raised and debated at the summit concerned the issue of how traditional media organisations can differentiate themselves from, but also complement, Twitter. Mutter recalls the findings of a national survey conducted after the 2012 presidential election by George Washington University for ORI, a strategic marketing firm, which found that “63% of respondents believed the quality of information about the election was the same or better in the social media than in the mainstream press.” Surely it’s time to worry when the masses start trusting what social media users post thoughtlessly online over and above reports from traditional media sources.

Sessions at the summit were chaired by leading figures in the industry including Claire Wardle of Storyful, Andrew Hawken, head of digital at Sky News, Liz Heron, director of social media and engagement at The Wall Street Journal, and Lisa Tozzi, an editor at The New York Times who oversees The Lede blog. According to Hayward, the main topics of discussion were as follows: verification (“how do you know what’s true and what’s false?”), speculation (“how can you tell what’s speculation and what’s considered reporting?”), responsibility (“we all have a duty to ensure that what we are saying is true and accurate”), processes (“better processes are needed for breaking news”) and ethics (“the basic core principles of journalism and reporting”).

Many constructive ideas were raised, with particular focus on the issue of verification. For example, the idea of “a colour-coded system of rating verification” whereby “people and organisations are rated on their ability to verifiy content” was brought to light. Also, the notion that there should be a “correction function” on social media sites such as Twitter, whereby information can be altered if it is proven to be invalid, or otherwise “an eBay-style trust/verification rating system for individual users.”

There were also smaller scale ideas, such as the suggestion that the hashtag #unv should be employed to sign-post unverified material, and the request for a warning in relation to particularly graphic images. (Hayward’s full list of suggestions can be consulted here). If any of these ideas concerning the policing of sites such as Twitter were to be implemented, we would see a great change in the way that breaking news is transmitted via social media. Rather than have an instantaneous, chaotic and unmediated Twitter as we do now, would we rather see measures put in place to favour accuracy of information and moral soundness?

According to Laure Nouraout on meta-media.fr, the summit did not give birth to any great revelations concerning the future of journalism, but it did provide a valuable opportunity to reflect on a recent real-life case that has greatly affected the way in which we view social media and its role within the field of journalism. The summit brought to light the fact that citizen journalism is undoubtedly a useful tool that is highly promising in its potential for reporting breaking news in a more immediate fashion, but it clearly requires some form of vetting process in order to be considered a morally-viable practice.