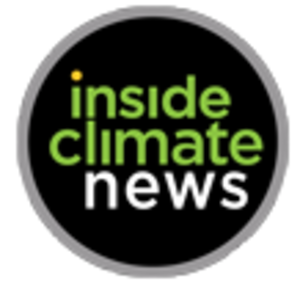 Reporters Lisa Song, Elizabeth McGowan and David Hasemyer’s seven-month investigation into the 2010 Kalamazoo oil spill revealed details that preceded national reports by weeks, despite InsideClimate News’ limited funding. Founder and Publisher David Sassoon estimated, salaries included, InsideClimate News spent only 10 percent of what a major newsroom would have budgeted for a similar investigation, according to Forbes.

With reporters and contributors now scattered across the globe, in Istanbul, New Delhi, Boston and San Diego, the startup has come a long way from its original two-person staff. But this recognition could thrust it even further forward: Sassoon told Forbes he envisions a staff of around 25 and a newsroom in New York.

“I think it’s a game changer,” Sassoon said of the award. “I think the Pulitzer Committee probably knew that. We earned the award. … But I think they would understand how validation from them, the top honor in journalism, would make a big difference to us as a tiny startup.”

Formerly-named SolveClimate News originally only aggregated other reporters’ work, Sassoon told Columbia Journalism Review in 2011. But the hiring of ProPublica’s Susan White as executive editor in 2011 marked a shift in direction: No more “derivative journalism,” as Sassoon called it.

“We soon realized there are lots of news organizations that cover the first cycle of news really well, but what’s missing is depth,” Sassoon told CJR.

White said InsideClimate News wanted to offer readers “what is truly valuable to them,” rather than just driving web traffic to regurgitated content, CJR reported.

“We’re not trying to be the most popular site and turn a dollar for investors and attract advertisers,” Sassoon told CJR. “We’re trying to cover an issue well, and I think that’s an area that more foundations are stepping into.”

But with such a small staff, investigative reporting often means days without new stories — “quite a sacrifice,” McGowan said, for the startup.

“Pulling me off, their most seasoned reporter, was an act of faith to some degree because I could’ve been pounding out five, six, seven stories a week,” she told The Wall Street Journal.

“We made the commitment to this story because we thought this story mattered,” she added.

This is a sacrifice “the entire country should be thankful for,” Curtis Brainard of CJR wrote. He added that few journalists are following the oil and gas industry’s expansion, and it is important to maintain priorities of public interest over web hits.

Sig Gissler, the administrator of the Pulitzer Prizes, also recognized InsideClimate News’ sacrifice for watchdog journalism, according to WSJ.