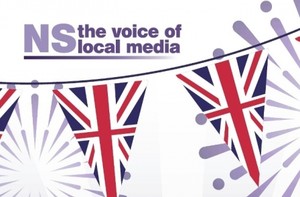 The cross-party agreement, according to a statement published by the Newspaper Society, “has been condemned by a range of international press freedom organisations,” and “has no support within the press” due to the fact that it “gives politicians an unacceptable degree of interference in the regulation of the press.”

This latest move by the UK press has placed David Cameron in something of a quandary – the royal charter agreed upon by the Conservative, Liberal Democrat and Labour parties during a late-night meeting in March had been, as deputy Labour Leader, Harriet Harman said, “supported unanimously by the House of Commons and had the full backing of the House of Lords” and was due to go for approval by the Queen at the next meeting of the Privy Council on 15 May.

The press have therefore thrown a spanner into the works with the surprise announcement of this rival proposal, which has gone to the Privy Council for consideration of its own. Harman, however, is resolved to stand by the original cross-party agreement, stating quite simply that “the important thing is that we get on with implementation.” But, come 15 May, Harman may find that her wish is not fulfilled with quite such ease. The Queen (head of the Privy Council) will now face a problematic decision what with the government’s charter to consider on one hand and the press industry’s competing proposal on the other.

The new proposal, said to be a “tough and enduring system of regulation” but, crucially, not underpinned by statute, is so far backed by News International, Telegraph Media Group and Associated Newspapers – three of Britain’s largest newspaper groups and therefore three tough forces to be reckoned with. Peter Wright, Editor of the Mail on Sunday told Radio 4 that the Financial Times, Independent, and Guardian are currently all in talks about signing up to the new proposal.

Guardian Editor-in-Chief Alan Rusbridger explained that the issue came down to whether this was “an act of defiance or constructive engagement“. Rusbridger should be encouraged by the fact that, whilst members of his industry could have merely resigned themselves to stubborn but unproductive rejection of the cross-party proposal, instead they have pieced together a plausible alternative which has a serious shot at challenging the government’s charter.

So what exactly is the difference between the government’s charter and the press’s rival proposal? What makes the latter a system that newspapers feel is fairer and less restrictive on press freedom, but still tough on regulating journalists’ and editors’ “systematic wrongdoing”?

First and foremost, the government’s proposal states that the charter may be changed with the agreement of a two-thirds backing from the House of Lords and the House of Commons, whereas the industry’s charter strongly rejects this on the grounds that it would allow politicians to impinge on press freedom. Instead, the industry advocates a “triple lock system which would require the unanimous permission of the newspaper industry along with the watchdog and the recognition panel that would audit it before any change could take place.”

The press’s royal charter also gives the board of regulators “discretion not to look into complaints if they feel that the complaint is without justification, is an attempt to argue a point of opinion rather than a standards code breach, or is simply an attempt to lobby.” It therefore tightens up the rules governing the complaints system to ensure that the new regulator would not be inundated with complaints that have no grounding in an actual breach of press conduct.

One aspect of the government’s charter that the press adopt in theirs is the imposing of exemplary damages of up to £1 million on publishers facing libel actions who have previously refused to sign up to the new regulator. It appears that the number one difference, then, is that the industry’s version of the new regulator would be founded upon “genuine independence from the industry and from politicians with all the bodies making up the new regulator having a majority of independent members appointed openly and transparently.” It would be an independent regulator rather than a politician-controlled one.

An advertisement for the press’s independent royal charter is currently being run in British national and regional newspapers. The rhetoric is persuasive to say the least, stating that their rival charter is the product of “months of careful thought by editors, publishers, ministers, civil servants and some of the country’s leading lawyers” as opposed to a “secret meeting of politicians over a 2am pizza takeaway,” which is essentially what the cross-party agreement comes down to. They promise “a Royal Charter that will guarantee the British public enjoys the quality of journalism it deserves.”

The press’s royal charter is certainly not free from the burden of opposition, though, and it will take more than the skilled rhetoric of a newspaper advert to get it approved. The associate director of the Hacked Off Campaign, Evan Harris, has already spoken out scathingly on the subject: “This is a temper tantrum by some powerful people used to having their own way and they will in due course see that the voluntary independent self-regulation proposed by Leveson is a generous settlement.”