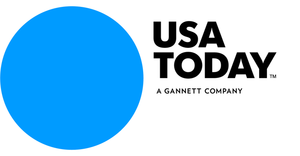 “We went to the staff and said, ‘You know, for 30 years you’ve been told to write the same way,’” he said at the Ad Age Digital Conference last week, Alex Kantrowitz reported. “We really want you to have a unique stand on how you write.”

USA Today’s move is part of growing recognition that journalists’ brands are becoming increasingly important, even rivaling those of their publications, as The Editor’s Weblog has previously reported. With readers craving recognizable voices in the deluge of reporting available on the web, some journalists have accumulated more Twitter followers than their publications.

“Many readers — particularly younger ones — consume media based not on corporate brands but on individual writers that they feel a connection to, and I would argue that is becoming the norm,” paidContent’s Mathew Ingram wrote. “We read the New York Times as much for Tom Friedman or Nick Kristof as we do because it is the NYT.”

Following the hiring of Michael Wolff, controversial media columnist, USA Today plans to recruit other strong personalities, Ad Age reported. This move supports Kramer’s theory of a newspaper as a choir, each reporter with his own strong voice and presumably equally strong band of social media followers, according to Ad Age.

And Kramer expects other newspapers to follow suit, calling the shift to sharable news “a Gutenberg moment,” Ad Age reported. Indeed, just last week Quartz’s website further touted its journalists’ brands by adding Twitter handles to bylines, following the lead of publications such as The Atlantic.

USA Today’s encouragement of strong voices could prevent reporters from going rogue to cash in on their followers. Other proposed solutions to combat “the Andrew Sullivan problem” have included author-specific paywalls.