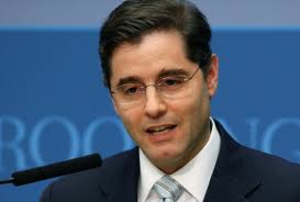 Last month Julius Genachowski announced he was stepping down as chief, as President Obama looks to appoint a new FCC chief in his second term. In his four years, Genachowski expanded broadband Internet service to Americans, but battled with finding common ground between public-interest groups and the telecom industry.

While journalism is not a core concern for the FCC, the publication of the “Information Needs of Communities” report in 2011 raised the possibility that the commission would play a more active role in the news industry. The report recognized the challenges in the news industry but did little to help, as the Pew State of the Media report showed last month.

CJR reported that “[journalists] want an FCC chief who will put an end to further media consolidation, make political ads more transparent, and increase diversity of media ownership and coverage.”

The importance of the FCC chief is tantamount, says CJR. In regards to media consolidation, “[The FCC chief] will likely decide whether Rupert Murdoch and other big media owners will be allowed to own both newspapers and TV or radio stations in large markets.”

An FCC media ownership survey released in November revealed a lack of diversity of who owns the nation’s TV and radio stations.

“The FCC is the only agency with a mandate to make the media more diverse, local, and accountable. A new chief could choose to use its enforcement powers to ensure diversity is reflected in the voices, perspectives, and owners in media,” said CJR.

While it is not clear who will replace Genachowski, Reuters reports that among the possible candidates to head the FCC are Tom Wheeler, who headed the National Cable Television Association and the wireless industry group CTIA, Lawrence Strickling, head of the National Telecommunications and Information Administration, and Karen Kornbluh, the U.S. ambassador to the Organization for Economic Cooperation and Development.