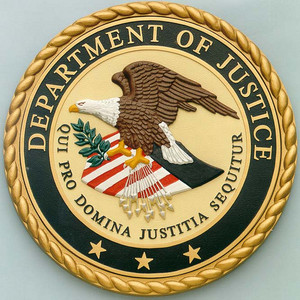 This seizing of confidential records is being described by AP as a “massive and unprecedented intrusion” into how the news organisation amasses information for its investigations. AP managers are outraged at what is looking uncomfortably like a breach of press freedom by the Obama administration.

The records in question “listed incoming and outgoing calls, and the duration of each call, for the work and personal phone numbers of individual reporters, general AP office numbers in New York, Washington and Hartford, Conn., and the main number for AP reporters in the House of Representatives press gallery,” according to the attorneys representing AP.

So what exactly is the Justice Department’s reasoning for such an invasion of privacy? Might its rationale for seizing such information be strong enough to justify this breach of press privacy by arguing, for example, that it was carried out for the greater good? Although the government has declined to specify exactly why it sought the telephone records, AP’s main article on the probe isolates the most likely cause, pointing out that “U.S. officials have previously said in public testimony that the U.S. attorney in Washington is conducting a criminal investigation into who may have leaked information contained in a May 7, 2012, AP story about a foiled terror plot.” The story in question released details of a CIA operation in Yemen that successfully prevented an al-Qaeda plot to detonate a bomb on an airplane bound for the United States that would have allegedly coincided with the first anniversary of the killing of Osama bin Laden. Having agreed to hold the story back while an intelligence operation was still in progress, AP eventually published it a day earlier than requested by the White House. AP defended its decision, arguing that it had a moral obligation to inform the public that the Obama administration had not exactly told the truth when it released a statement saying it had no reason to believe that terrorist organisations were plotting attacks on America to coincide with this monumental date.

According to the Guardian, the US attorney’s office “said it valued press freedom but it had to balance this against the public interest.” The Justice Department had been investigating the leak of information concerning the terrorist plot, described by CIA director, John Brennan, as a “dangerous disclosure of classified information,” and as part of this inquest had accessed the phone records of five of the reporters and one editor involved in the Yemen story. The department defended the seizure of information in the following statement: “Because we value the freedom of the press, we are always careful and deliberative in seeking to strike the right balance between the public interest in the free flow of information and the public interest in the fair and effective administration of our criminal laws.”

The AP has found multiple faults and discrepancies with the way in which the Justice Department has conducted its investigation into the leak. The department’s own rules order that “all reasonable attempts” must first be made to secure information from other sources before undertaking the type of invasive action that it took with AP. According to AP, “it was unclear what other steps, in total, the Justice Department has taken to get information in the case.”

Furthermore, “news organisations are usually notified in advance that the government wants phone records and enter into negotiations over the desired information” unless such prior warning might “pose a substantial threat to the integrity of the investigation.” This is the exemption to the rule which the Justice Department has cited in a letter to AP, but it does not appear to provide it with a satisfactory excuse.

The Guardian reported that the Obama administration has brought six cases against people suspected of leaking classified information, which AP described as being more than under all previous presidents combined.