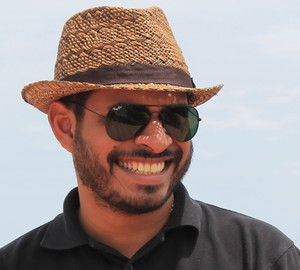 Groundviews has also been an important example for both Sri Lanka and the region to show how technology “could help create new forms of media that would not necessarily be subjected to the same censoriousness, the same violence, the same clamping down on freedom of expression that so many journalists and at the time, so much of media had endured in the 27-odd years of conflict,” he says.

In this edited interview, Hattotuwa, who will be speaking at the World Editors Forum in Bangkok on Wednesday, 5 June, tells us how the site has evolved, the challenges he faces, and his hopes for Groundviews’ future.

WAN-IFRA: What are some of the things that have changed the most since you started the site?

Sanjana Hattotuwa: Initially it was thought of as a tri-lingual space and that quickly became very difficult to manage, so I played to my strength and it evolved into an English-only platform. …

What also changes is the manner we use technology. We’ve pioneered – single-handedly almost – models of news and journalism on the web: Investigative journalism, data visualization, open-data driven journalism. Participatory models of getting readers to also add to the story in the space we’ve created … It’s regarded as a very rare thing in the country, unfortunately, which is a safe space for debate and discussion and the articulation of difference in a civil manner.

… we’re now experimenting with various forms to tell stories: photography, short form video, long form journalism, of which we are the only platform in the country who are proponents of, also because the economic model of mainstream media doesn’t allow for long-form journalism. We’ve actually pioneered new ways of investigative journalism and the way people engage with journalism as well by creating presences on Twitter, on Facebook, many years before the mainstream media recognized the value of embracing those social media platforms and also in creating an iPhone app, which we are now discontinuing in favor of HTML5-based website, which we are going to launch very soon.

What are some of the biggest challenges you face?

As I said, it’s very sad that Groundviews is the only example. … I have no desire to be the only spokesperson for this kind of model from my country or indeed this kind of model and its applicability in any other conflict zone. It is exhausting work. It is time-consuming work. It takes a lot of sacrifice and risk-taking. … There is no immunity that comes as a consequence of engaging with this type of journalism.

The other thing that has been a big challenge is that we have published stories that mainstream media simply cannot publish or will not touch. These are stories related to political dispensation, the first family, high level corruption, significant human rights violations, significant concerns over allegations of war crimes and crimes against humanity towards the end of the war, allegations of cluster bombs. …

We have endured, I think, because we have an editorial and comment moderation policy that is explicitly put up on the website and whatever does not fall under those guidelines is simply not published, which might be one easy explanation as to why the site has been allowed to function in the way that it has, but it has been very, very challenging. …

What are your goals for Groundviews for the next year or two?

Technically, I want us to always be ahead of the curve in terms of local and regional media. We’ve been small and very agile in our technical development and experiment and demonstrate by example the potential of new technologies, technical standards and their impact and their possible impact for investigative independent reporting and journalism on the web, primarily for the web and mobile devices, so that’s something I would like to continue to demonstrate by example how HTML5, for example, and content that is being developed now increasingly for tablet-based experiences as the first, and possibly for most, primary interfaces with the web: how that can actually be factored into website development.

The third major redesign of the site, is due in around a month and a half time and that will negate the need for custom apps for Android, IOS, BlackBerry and the Windows 7 forms, because it will be a purely 100 percent HTML5 implementation, which is going to be the first time that such a site is going to be created ever in the country as far as I know. I don’t think there’s another HTML5-based site in the region – mainstream or civic or citizen. That’s something I’m looking forward to.