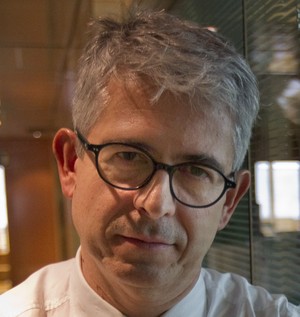 But the paper is recovering, and has broken some significant investigative stories so far this year, and has launched a new digital edition focusing on the Americas.

Editor-in-Chief Javier Moreno Barber will speak at the World Editors Forum in Bangkok about how to lead the newsroom through challenging times.

WAN-IFRA: How do you think the launch of El País’ América edition will change the perception of the paper in the US and Latin America?

Javier Moreno Barber: I think the perception is already changing and it’s doing so very fast. El País has always had a reach in Latin America: Latin American writers, politicians, intellectuals have always had a place in our pages.

Now, we want to become the number one provider of quality news in the Spanish-speaking world: that’s our goal. And I think that every key player in Latin America, from governments, to intellectuals, writers and readers see that we are working very hard.

We are running our operations from an enhanced newsroom in Mexico City and we already enhanced our Washington bureau, with correspondents and stringers all over the continent.

It’s too early to have solid data because we launched only a month ago, but we are already noting an upward trend and that’s very rewarding.

Laying off staff must be extremely hard. What advice would you give to other editors forced to take the same action about how to handle the newsroom? And once the layoffs are done, how do you start to reorganise?

As you can imagine, announcing layoffs is probably the hardest news for an editor to deliver. And there’s no way to avoid the anger and fear which will arise in the newsroom, no matter how you handle it. But I think it’s paramount to convince your people that they have a clear path out of the crisis and that the layoffs are a positive part of the process. But it’s tough, no matter what you can say.

In terms of reorganization, I think it’s very important to start to reorganize the newsroom before the layoffs are done: you have to know what revenue will be coming in in the next years and design a newsroom that you can afford.

And then, decide what’s important for your readers and concentrate on that. We decided that we wanted to become the number one provider of quality news for the Spanish-speaking world and that implied that we had to enhance our coverage of Latin America. We have reduced coverage in some Spanish regions where we were not selling so well – for example in the Basque country we were selling just a few thousand copies – we had newsrooms in places that we couldn’t afford any more. So we cut some regional coverage of Spanish politics while focusing more on Latin America.

In times of financial pressure and staff cuts, it becomes increasingly difficult to maintain a focus on quality journalism. How do you ensure that your newsroom continues to produce the best journalism?

It’s another tough question. Once you decide what’s important for your newspaper and for your readers, you need to convince your people – not an easy task – that budget cuts and staff cuts are manageable and acceptable if you keep your ultimate goal: the aim and the purpose of your paper, the sense of mission that you share with your readers, has not shifted.

But it’s a complicated dance with your journalists, and with your readers, to convince them that you have to accept tough budget cuts because revenues are not sufficient. But you must show that you have not backed down, and you are still ready and willing to fight this fight.

So it’s rather psychological, but if you can share this purpose and sense of mission in the right way, then you can convince people that you can manage budget and staff cuts, provided that they don’t somehow destroy your newspaper. We had very tough budget and staff cuts but they didn’t alter the essence of the newspaper.

I understand that the newsroom had to fight for their friends in the newsroom who were being laid off. That was very hard. They felt this sense of commitment with them, they felt somehow guilty and they had to show their solidarity. It was very tough.

But once the process was over the newsroom quickly came back to normal. We are working, we are finding out that we still share this sense of mission and that we are still able to do great things. Right now we are publishing this series of investigations about this slush fund run by the party in government. That has somehow reunited our unity and sense of mission.

What are the key projects you are focusing on now?

My priority right now is to ensure that the newsroom can cope with the new demands which come from our new reach in Latin America: we have to increase our coverage there and we have to be able to work with our technology people to improve the distribution.

Right now we are also designing new ways of delivering content on the tablet and on mobile devices. We hope we will have them ready sometime early next year. Traffic on mobile is increasing surprisingly quickly: we just can’t believe what we are seeing. Right now 30 percent of our unique users come through mobile devices, and it’s getting higher and higher.

We already have applications for mobile and tablet but they are early generation apps, launched some time ago, and we feel the need to improve them radically. We are working now to have a series of apps for different devices.

So we are concentrating right now on coverage in Latin American and technology. And I think that we can expect interesting things from both fields, but not before early next year.