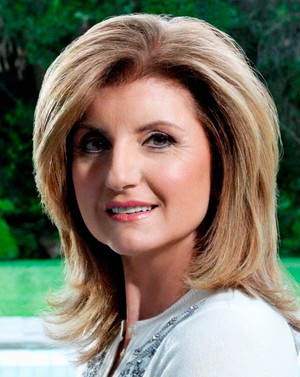 This is an excerpt from the interview that appears in the May/June issue of World News Publishing Focus.

Arianna Huffington: We are launching new international editions (up next: Japan), emphasizing the growing importance of service and giving back, and putting a spotlight on the destructive force of stress in our lives and helping people — across our 18 lifestyle sections — to Stress Less, Live More.

How would you explain HuffPost’s success? Did you ever think when you launched the site back in 2005 that it would go on to win a Pulitzer Prize?

No, back in 2005 we were not thinking about prizes. We were simply thinking about ways to start conversations. Bringing together people from different parts of my life and facilitating interesting conversations has always been part of my Greek DNA. So from the beginning, the whole point of the Huffington Post was to take the sort of conversations found at water coolers and around dinner tables — about politics and art and books and food — and open them up and bring them online. I think our success has to do with our ability to do that, and to tell the most important – and the most entertaining – stories of the day.

What does the Pulitzer mean to you personally?

From the beginning, one of the core pillars of HuffPost’s editorial philosophy has been to use narrative and storytelling to put flesh and blood on data and statistics, and to help bear witness to the struggles faced by millions of Americans. So we were delighted and deeply honored by the award, which recognized both David Wood’s exemplary piece of purposeful journalism and HuffPost’s commitment to original reporting.

You have invested considerably in building HuffPost Live. How would you rate its success, acceptance and development thus far?

HuffPost Live is going great, a success both critically and from a traffic point of view. On the critical front, along with being named the Biggest Innovation in Media for 2012 by Mashable (after only 4 months on the air), we have been nominated for a slew of design and programming awards. The head of Community Development at Google, Steve Grove, recently said HuffPost Live is “re-defining live web video, and making a new kind of contribution to the public dialogue.” And traffic has been very strong, increasing by leaps and bounds every month.

Do you think web TV has a key role to play in the future of traditionally text-based sites like Huffington Post?

Absolutely. The Internet has given us unlimited access to data – but what we need is more storytelling and narrative. That’s what HuffPost Live is all about. And we’re having real conversations – not just pre-packaged exchanges of soundbites.

How do you think the growing tendency of newspapers in the US to embrace paid online content will impact Huffington Post?

I can’t comment on another company’s business model, but our goal is to provide our readers with the best available stories — whether they were created by our reporters, editors, and bloggers, or by others — and keep our platform open for everybody to access.