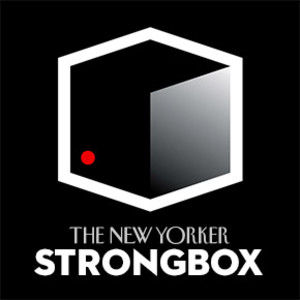 The launch of Strongbox is particularly timely in light of the US Department of Justice’s recent investigation into the leaking of information to Associated Press regarding a CIA operation which stopped an al-Qaeda bomb plot in Yemen. The Justice Department’s conduct was controversial, since they secretly accessed the phone records of AP in an attempt to track down the source of the leak, hereby provoking outrage at their apparent disregard for the press’s fundamental right to protect the identity of their sources. News site Mashable was told by The New Yorker’s editor, Nicholas Thompson, however, that the Strongbox launch date had been set for “a while” and was not prompted by the AP scandal. The impeccable timing, then, is merely coincidental.

In today’s digital age, tracing the identity of senders has become increasingly easy. Strongbox addresses this threat to privacy, ensuring that the magazine’s writers and editors remain ignorant of the identity of contributors by “not [recording] your I.P. address or information about your browser, computer, or operating system, nor [embedding] third-party content or [delivering] cookies to your browser.” According to The New Yorker’s Amy Davidson, the concept behind Strongbox is a relatively old one: “it’s just an extension of the mailing address we printed in small type on the inside cover of the first issue of the magazine, in 1925, later joined by a phone number (in 1928—it was BRyant 6300) and email address (in 1998).” It is an effort, then, to strengthen and encourage investigative journalism that is adapted to today’s digital environment, a world in which anonymity has become increasingly difficult to maintain.

The project was put together by Kevin Poulson, News Editor of Wired, and Aaron Swartz, a programmer and freedom of information advocate, who committed suicide in January while facing charges under the Computer Fraud and Abuse Act (CFAA). If their anonymous information-sharing brainchild proves successful, Strongbox could well become an exemplary model for other newspapers and magazines keen to uphold the key journalistic principle of source privacy that has been challenged in recent days.

The New Yorker has provided comprehensive instructions on how Strongbox can be used by members of the public. The system is only accessible through the Tor project, a piece of software which can be downloaded and installed onto any computer, and then used to submit files and messages to the magazine’s staff. For a full explanation on how Strongbox functions and protects identities, see the explanatory diagram provided by The New Yorker on their website.