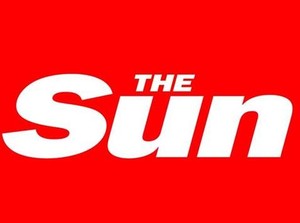 This new paywall announcement is particularly significant since The Sun, Britain’s top-selling newspaper, is the first UK tabloid to make the bold transition from free online access to the imposition of a fee for online content. Are we about to see a wave of other tabloids following suit and putting up similar paid subscription schemes?

According to the Financial Times, analysts have reported concerns over the “gamble” that the imposition of this digital subscription constitutes, wary as they are of the risk of simply assuming that the newspaper’s sizeable online readership will be willing to pay to access online content that they once enjoyed for free. The FT quoted Ed Barton, head of digital media analyis at Strategy Analytics, on this potential hindrance to the new paywall’s success: “Everyone knows The Sun – the big question is whether the audience has any appreciation of The Sun as an online media and whether they are prepared to pay for it.”

News International have good reason to believe their new business model will pay off. It is hoped the paywall will act as an effective way to monetise their online content (something Barton believes is not being achieved to a great enough degree through online advertising alone) due to their attractive offer of Premier League football highlights. The Financial Times quoted Mike Darcey, News International’s Chief Executive, on this subject: “There is no bigger single online media opportunity in this country than the Premier League,” he said. “It’s hard to overstate the value of this content.”

The package will offer 7-day access to The Sun online via tablet and mobile, replacing the current model which offers free access to the www.thesun.co.uk, but already imposes subscriptions on smartphone and tablet users – 69p per month for smartphones and £4.99 per month for tablets.

In an internal email to staff cited by the Guardian, Darcey announced that “this move ensures that we will be offering a compelling, paid-for package across all of our titles, delivering great value for news that is worth paying for.” Regardless of Ed Barton’s concern that the public will not appreciate The Sun enough as an “online media” – be that in terms of the quality of its news reporting, or the range of its news coverage, for example – the offer of exclusive Premier League highlights for £2 a week is surely a temptation that many sports fans will find hard to resist. News International, then, have successfully identified a unique selling point to coax potential subscribers, by offering them a specific type of video content that they can’t obtain from other online newspapers. Come August, it only remains to be seen whether this “gamble” of a business strategy, which relies heavily upon the Premier League deal, will pay off…

In the wake of The Sun‘s announcement, concerns have been raised that erecting a paywall will greatly reduce the number of daily unique browsers who visit www.thesun.co.uk. The Guardian reported that The Sun will need to attract more than 300,000 subscribers to its paywall service to cover the drop in revenue that is expected to result from this diminished website traffic. There is also pressure for the paywall system to attract such a high level of subscribers to make up for the £30 million it paid for digital Premier League rights.