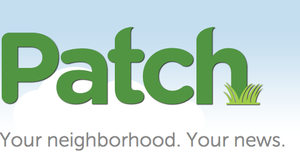 “Investors have been frustrated for a long time,” Benjamin Schachter, media analyst with Macquarie Securities USA Inc., told Bloomberg Businessweek. “If they don’t get to profitability, they’ll probably cut it. It’s going to be a challenge.”

But Susan Lyne, chief executive officer of AOL Brand Group, remains “very optimistic” for probability by the fourth quarter, Mediabistro reported. “We will use all means possible to get there,” AOL Chief Executive Officer Tim Armstrong echoed in a conference call with analysts last month.

Armstrong’s already exhausted several options. Last month Patch laid off about 3 percent of employees, 40 in total. That meant a reduction in regional editors from 20 to nine, piling on the workload for editors, now responsible for multiple regions, according to Businessweek.

Another last-ditch effort has been an initiative to make the site more social by allowing users to share photos and videos through a soon-to-be-launched mobile app, Businessweek reported. The hope is to drive up page views and thus ad dollars the site so desperately needs.

Armstrong acknowledged that AOL made a “very public commitment” in Patch, Mediabistro reported, and he isn’t speaking metaphorically. Patch has cost between $200 million and $500 million USD in the past three years, Business Insider reported.

Most of the 900 sites cost between $140,000 to $180,000 to operate, meaning AOL needs somewhere around $150 million in operating costs. But based on its growth rate, Patch is expected to make only $70 million this year — that leaves just $78,000 per site, according to Businessweek. And this year’s estimate is hopeful, as it’s based on a record period from 2011 to 2012, when Patch doubled its revenue. Patch ended last year 13 percent away from its goal with $35 million in revenue, Businessweek reported.

But just as Patch is recovering from layoffs, Steve Kalin, Patch‘s chief operating officer, spoke of hiring more sales reps, according to Businessweek. Patch’s saving grace will be advertising, and the company has landed several major campaigns, including Sony Corp. and the Rock and Roll Hall of Fame. The group is also zeroing in a local advertisers, such as the WNBA’s Connecticut Suns and the Cook County Department of Public Health. “It’s only a matter of time before we see dollars flowing into this area,” said David Cohen, an executive with media buying agency Universal McCann.

Patch has risen from its $4.5 million start in 2007 to become the 180th largest website in the U.S., according to Search Engine Land. Indeed, comScore data shows traffic in April was up 26 percent compared to the year before, totaling 13 million unique monthly visitors, according to All Things D. But can Patch cement its position before its too late?