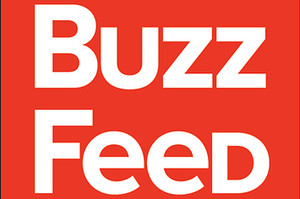 “Miriam is a great journalist and social web native who has a great sense both for news and for the next big story, as her coverage of the recent political protest in Russia — on the web, and on Twitter — has shown. Her deep roots in international news will be vital to bringing this coverage to a new medium and through new forms,” said Ben Smith, BuzzFeed’s editor-in-chief, in an official press release on 10 June.

Smith also cited his desire to “reinvent international news for the social age” as one of the principle motivations behind the hiring of Elder, someone with a knowledge of social media as a tool for driving conversation about breaking news developments. BuzzFeed’s CEO Jonah Peretti told Foreign Policy that the Boston Marathon bombings constituted a real eye-opener to the potential of social media sites as sources of serious breaking news coverage. “With the Boston bombings, we saw something new,” Peretti told the site. “People started tweeting from the scene, and the front page stats jumped.” What it is hoped that Elder and her foreign desk will contribute to, then, with their quality standards of journalistic practice such as accuracy and integrity, is an authentication of BuzzFeed as a force of breaking news that can be relied upon by the increasing number of internet users who are using the site for their daily news fix.

Launched in October 2006, BuzzFeed began life – and is still viewed by many – as “no more than a glorified forum for cat videos,” in the words of paidcontent.org. It started off, and remains, a platform for the essence of viral media circulating the web in the form of videos, images, memes and links. In 2011, however, the site signaled a dramatic change in strategy when it hired Politico’s Ben Smith as editor-in-chief, with the aim of creating a new type of media that blends serious news coverage with light and trivial anecdotes and jokes.

After visiting BuzzFeed’s London offices (see WAN-IFRA blog article, ‘6 talking points from our visit to BuzzFeed UK’), WAN-IFRA discovered that the position of foreign editor is not the only new addition to their team. BuzzFeed’s Luke Lewis spoke of his identification of science as a quintessentially British topic, which led to their decision to recruit a science editor as well. The job ad describes the ideal candidate as a “social media obsessive” who will “carve out a distinctive voice for BuzzFeed’s science coverage” and “make BuzzFeed a destination for the hottest, most viral science content on the web.”

WAN-IFRA also recently reported on Twitter’s appointment of Simon Rogers as their ‘data editor’, and on their hunt for a ‘head of News and Journalism’ who would be able to strategise an increase in the “volume and quality of professional news content on Twitter, especially in breaking news,” both moves which signal the social network’s desire to be taken more seriously as a credible source of world news.

With its recent recruitment drive, it appears that BuzzFeed is far removed from the current trend for shrinking newsrooms that is plaguing the news industry. Unlike many struggling newspapers, BuzzFeed is currently in a strong position due to recent investments and widespread enthusiasm for its “native advertising” model. Editor-in-Chief Ben Smith has recognised that “foreign coverage is one of the last spheres where new media haven’t competed aggressively with newspapers and television networks,” and hopes that now is the right time for social media sites to do so by taking to the stage as real players in the news business.