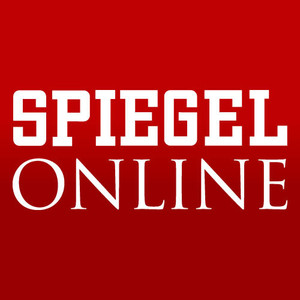 “Der Spiegel is in a difficult position because it has not yet developed a convincing solution to a key strategic problem: how can it make its offers of online content and of traditional paper content work together?” explained Michael Haller of the University of Leipzig’s Institute for Journalism (quoted in French by Direct Matin).

The Hamburg-based magazine is seeking to answer that question, recently electing a new director, Wolfgang Büchner, who will manage both the magazine and the news site, Spiegel Online. In doing so, the magazine hopes to unite the two different editorial boards, which were until now handled separately.

About two months ago, Der Spiegel’s two editors-in-chief – Georg Mascolo, responsible for the printed magazine, and Mathias Müller von Blumencron, responsible for the online publication – were fired due to “irreconcilable differences concerning strategy”. Whereas Mascolo wanted to make users pay for some of the site’s content, Blumencron believed that a paywall would greatly diminish the magazine’s online audience.

Founded in 1947 by Rudolf Augstein, Der Spiegel, which employs 1200 members of staff, has made a name for itself in challenging political corruption. Long considered Germany’s most influential media establishment, it has exposed a multitude of political scandals throughout its time, recently playing a part in uncovering sexual abuse within the Catholic clergy, for example.

Despite its well-established reputation and high-quality content, Der Spiegel’s sales figures are declining, with the magazine experiencing a 6% fall in revenue in 2012. On the digital side of things, its audience has never been so high, with a peak of 214 million visitors in April. Throughout 2012, Spiegel Online succeeded in monetizing itself without having to charge for content. However, the print side of things is not looking so positive, with sales dropping to 883,310 in the first quarter, a far cry from the 1.05 million sold in 2008, according to the IVW (Informationsgemeinschaft zur Feststellung der Verbreitung von Werbeträgern), a society that audits the distribution of media publications in Germany.

Aside from the general economic crisis that has shaken up the media world in recent years, what else is causing the economic decline of this formerly prosperous German magazine? Haller believes that a change in Der Spiegel’s content may to be blame, arguing that “the titles of its articles are no longer as unique and pertinent as they were in the past,” whilst competition is another threat, given that other German media are also starting to do investigative journalism, such as the daily newspaper Süddeutsche Zeitung and the broadcaster NDR.

Nevertheless, Der Spiegel remains the number-one weekly publication in Germany, ahead of the magazines Stern and Focus. Joachim Trebbe, Professor of Communications Sciences at the Freie Universität Berlin, voiced his opinion that Der Spiegel is in a “very good situation compared to other titles,” but is currently subjected to “enormous economic pressure” in a world where an increasing number of readers are looking to the internet for their news. Despite the success of Spiegel Online in monetizing itself even with its current free content model, the Der Spiegel team may well be forced to consider a paid content system for the website to compensate for the decline in print readership that is seriously eroding its revenue.