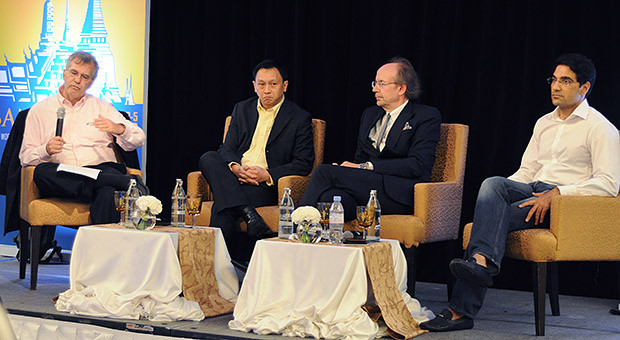 “I think we’ve seen a lot of consolidation since print classifieds. That is one thing you can foresee. The other thing is a big move towards mobile, within a very short time,” said Eugen Russ, CEO of Russ Media in Austria.

Alongside greater consolidation, Russ also predicted an increase in the number of classified niches and micro-niches. Russ Media has capitalised on this trend, launching niche sites such as a pet portal in Hungary and one for heavy machinery in Germany.

“Classifieds get buyers and sellers together. I see digital media taking that premise further.”

Freemium models may be viable for players that have enough market share, and in particular niches, for example in the case of Craigslist and New York City real estate, said Chulet.

“What could be free, will be free,” said Russ. “And you have very interesting data you can use for advertising, so there are many ways to get more revenue.”

However, for high-value products such as real estate, paid-for models may still be the right option. “No matter how much you charge, companies are willing to pay,” said Johnson Goh, Head & VP Online Classified at Singapore Press Holdings (SPH).

The panelists have had to come up with innovative ways to cater to the specificities of their markets: In Singapore, where there is 92% smartphone penetration, mobile platforms and social media have become the priority for SPH, which now counts 350,000 Facebook users in Singapore alone.

On the other hand, in India, Quickr has launched a completely different strategy to attract new customers who might not have the means to make a phone call: Customers can give Quickr a ‘missed call’, free of charge, before being called back by the sales team.

For moderator Peter Zollman, Founding Principal of the AIM Group in the USA, print classifieds will be around for the foreseeable future. But their format may change, with fewer listings and more branded advertising.

Goh also reminded participants that, despite strong and sustained growth in digital revenues, for every dollar in online classifieds, print ad revenues remain ten times as large or more.

“We still have a decent business in print in Austria,” said Russ, arguing that in many cases, “The newspaper is delivering the better results.” In that respect, Russ Media is engaged in a campaign to attract younger readers.

“But we have a clear priority, and that’s the mobile device.”