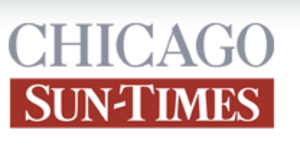 Because newspapers have long relied on wire photos, only local news will be severely affected by the layoffs, said Allen Murabayashi, co-founder of PhotoShelter. The Sun-Times plans to make up for the dearth by increasing the freelance photography they publish. But Chicago Tribune photographer Alex Garcia said that system will fail.

“You can’t hope to make calls to 10 freelancers each day hoping to find a few that will cover the news,” he wrote in response to the layoffs, which he called “idiotic at worst, and hopelessly uninformed at best.”

But Garcia’s fervor misses the point that some of the most important images in news today are often not those shot by staff photographers, but cellphone images from breaking news scenes and security video stills, as Lawrence Downes pointed out.

“News doesn’t wait for an official staff photographer to show up,” Jeff Jarvis wrote. For breaking news stories, a reporter with an iPhone often produces more striking images than even professional photographers do, Mathew Ingram added. And even without photo staffs tromping through town,  news scenes will rarely ever be undocumented visually, as camera phones have “essentially turned any casual observer into a photojournalist.”

Though the Sun-Times began formal iPhone photography training for reporters this week, Garcia stresses iPhones are hopeless to compete with professional work.

“An iPhone is just an iPhone,” he wrote. “It doesn’t have a telephoto to see way past police lines or across a field, ballroom or four-lane highway. It doesn’t have a lot of manual controls to deal with the countless situations that automatic exposure will fail to capture.”

Moreover, taking photos and writing copy use different skill sets and even hemispheres of the brain, Garcia said.

“Visual and spatial thinking in three dimensions is very different than verbal and analytical thinking,” he said. “Even if you don’t believe that bit of science, the reality is that visual reporting and written reporting will take you to different parts of a scene and hold you there longer.”

But the growing pressure for reporters to take photos assumes that they can be their own self-sufficient newsrooms. With journalists now expected to be “eight-armed monsters” who collect data, photos, videos and audio as well as writing copy, all aspects will surely suffer.

“I have never been in a newsroom where you could do someone else’s job and also do yours well,” Garcia said.

With audiences inundated by content online, “images are more important than ever,” Jarvis wrote. They’re critical to catching readers’ eyes and luring them into stories. But with newspaper home pages constantly refreshed, each image gets less exposure — decreasing the value of any one image in terms of “impressions,” Murabayashi noted. So yes, images are important — but it’s not necessary for all to be professional-quality.

The Sun-Times’ decision is not unprecedented. In 2008, Newsday laid off its 20-person photo department, later rehiring some in other multimedia positions. Then-Newsday publisher Tim Knight now holds the same position at the Sun-Times, as Poynter pointed out.

Thursday’s news prompted many cries that “photojournalism is dying.” A Sun-Times statement suggests the decision was made to compensate for the fact that video is overtaking photography.

While some said that reasoning was just “a ruse by management to wipe the slate clean,” the growing focus on video is a reality. Realizing this shift, award-winning Guardian photographer Dan Chung recently traded his still camera for a video camera, and he recommends other photojournalists consider following his lead.

“I don’t really see a future in photojournalism, if I’m completely honest, as a way to earn a living,” he said in a 2012 interview with Digital Photography Review. “But also there are a lot of creative opportunities with moving images that you couldn’t possibly dream of doing with stills. I’m surprised though that relatively few other photographers have made that conversion. … The way I look at it is convert or die.”

But some think the the problem may run deeper than just photography departments. This move is part of a larger trend, in which elements once thought indispensable for newspapers are being deemed “luxuries,” tossed alongside advertising revenue figures too worrisome for some journalists to read. With newspapers drastically economizing — cutting their ombudsmen, consolidating copy desks, outsourcing to freelancers (often without pay) and some even relying on robots for reporting — some say news organizations are starving themselves in an attempt to stay alive.

“The truth is that they are reacting to the harsh realities of the journalism business nowadays, where profits trump newsmaking,” wrote Murabayashi.

While he estimated that the layoffs will save the Sun-Times about US$ 1.6 million a year, not including pensions, he emphasized that money isn’t the biggest issue in this case.

“The burden of funding important storytelling isn’t the responsibility of the storyteller,” he said. “It’s an obligation of a democratic society to itself.”