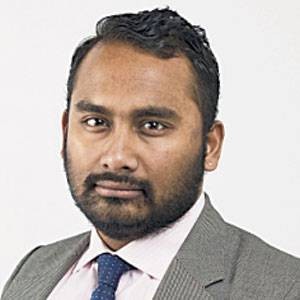 Delighted to announce @olyduff is appointed Editor of @theipaper. Superb young talent who will take this paper forward

Also very pleased to announce @amolrajan is made Editor of @independent. Another exceptional young talent who will lead strongly

74 people are talking about this

“Our businesses are at a critical stage and a bold approach is needed for our industry. Today I am continuing this approach by appointing as editors two highly talented young journalists,” Lebedev said in an announcement. “Their energy, creativity and resourcefulness will invigorate both The Independent and i.”

Lebedev said these appointments will further his mission for integration of media, which began when Doug Wills was chosen as group managing editor, James Ashton as head of business and Neil Robinson as head of sport in 2011.

“Our goal is to develop a pioneering and integrated newsroom for the 21st century, providing print, digital and television output 24/7,” Lebedev said.

Rajan, whom Lebedev called an “exceptional young talent who will lead strongly,” was editor of “Independent Voices” and previously covered both news and sports for the titles. He writes columns for the Independent on Sunday, the Evening Standard, the Independent and i. He is also the author of Twirlymen: the Unlikely History of Cricket’s Greatest Spin Bowlers.

Rajan will become the first non-white editor of a British national newspaper, the Guardian reported. At 29, he will also be one of the youngest editors, according to the Huffington Post.

With two female editors and a minority editor, the Independent is defying the New Statesman’s report from last year which suggested British publications may be racist, the Huffington Post reported.

The restructuring, just two years after Blackhurst took the helm, was a shock to many, the Guardian reported.

“I thank him for all his work and leadership as Editor of @Independent,” Lebedev tweeted about Blackhurst. “Look forward to creating a 21st century media company with him.”