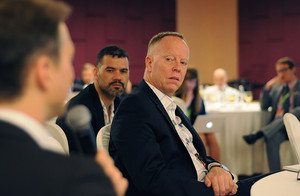 Publishers from around the world met in Bangkok to take steps to establish a new global forum to share experiences and concerns about how content aggregators and search engines impact their businesses.

The issue is a contentious one, as search engines and aggregators can play both a positive and negative role for publishers, driving traffic to news sites but often using content with no discussion with publishers whatsoever.

Until now, engagement with search engines, aggregators and regulators has generally occurred at the national or regional level, as publishers have little opportunity to meet with colleagues from afar to discuss the issues on a global scale. A meeting Tuesday morning during the World Newspaper Congress, the global summit of the world’s press being held in Bangkok this week, seeks to change that.

“We need to create a global forum for the debate and the discussion,” said Vincent Peyrègne, CEO of the World Association of Newspapers and News Publishers (WAN-IFRA), which represents 18,000 newspapers, 15,000 online sites and more than 3,000 companies in 120 countries