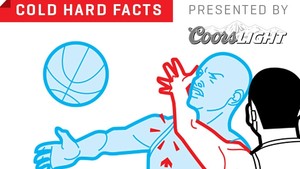 The theory is that the same strategy that has driven up digital ads’ prices — replacing banners with narrative content — can be applied to “revitalize” the print market. Indeed, digital advertising revenue grew 3.7 percent in 2012 while print ad revenue fell 8.5 percent, according to the Pew Research Center’s Project for Excellence in Journalism 2013 report.

Print advertising revenue is less than half its 2006 total, and while digital advertising is helping to supplement this loss, it’s not enough. In 2012, for every digital dollar gained, 15 print dollars were lost, according to Pew. Karp suggests it’s not yet time to write off the print advertising market because it can be reinvigorated with sponsored content.

“For businesses, reversing the old adage, 1,000 words printed in a newspaper are actually worth far more than a 300×250 picture on the web,” Karp said. “For local businesses in particular, having a substantive voice in the affairs of their community has huge value. It’s a way to brand themselves as an integral part of the community, and worthy of local consumers’ business.”

The problem with this premise is that newspapers have been printing native advertisements since “the era of typewriters and lead printing presses,” as The Guardian pointed out. Sponsored content is not a revolutionary concept, despite all the hooplah — the revolution was merely shifting and expanding the age-old advertorial concept to digital platforms.

So newspapers can’t depend on this strategy to “save” them, noted Mathew Ingram. Trying to milk pocket change from a tapped-out medium is too backwards thinking, he added, pointing out Digital First Media CEO John Paton’s adage that “holding onto the past will surely kill our future.”

But news organizations could certainly financially benefit from scaling up their printed sponsored content offerings. Some publications have already acted on this opportunity. Forbes’ sponsored content platform BrandVoice extends to its print publication, Karp pointed out.

Additionally, ESPN recently expanded its “Cold Hard Facts presented by Coors Light” campaign, previously offered on broadcast show SportsCenter and ESPN’s website and mobile platforms, to its magazine. Unlike most sponsored content, these logo-stamped sidebars are written by ESPN staffers, and MillerCoors has no prior review of them, AdWeek reported.

“We think that the notion that a sports fan is able to discern SportsCenter content from advertiser content on-air or a homepage takeover on ESPN.com but isn’t able to do so in the magazine is just illogical,” said Eric Johnson, ESPN’s executive vice president of multimedia sales.

For ethical reasons, many industry figures are opposed to sponsored content, especially in print publications. But Editor-in-Chief Chad Millman said the expansion was a logical step for ESPN The Magazine to keep up with other mediums.

“Sometimes as a magazine, you feel like you’re playing with one hand tied behind your back because we’re committed to legacy rules that, from a personal perspective, I just don’t think are relevant anymore,” Millman told AdWeek.

Karp argued that sponsored content is no more harmful in print than it is in digital platforms, as long as it’s properly disclosed. He pointed out that display ads are not labeled as such, and consumers have learned to identify them.

“With ads as content in print, consumers can also learn, with the right labeling and design framework, to distinguish pay-for-play content from editorial content,” Karp wrote.

Here’s a look at how several major publishers are handling their sponsored content online. The question remains whether more of it will find its way into print editions.

Lead photo: ESPN The Magazine‘s partnership with MillerCoors will continue through the end of 2013. (from AdWeek).