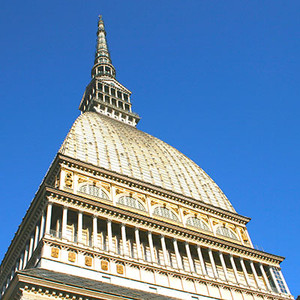 The invitation was issued at the close of this year’s World Newspaper Congress and World Editors Forum in Bangkok, Thailand, one of the most successful in the history of the events. More than 1,500 publishers, chief editors and other senior newspaper executives gathered in Bangkok this week.

Registration and information about next year’s Congress and Forum in Turin can be found at https://wan-ifra.org/torino2014

Turin is a major business and cultural centre in northern Italy, the capital of the Piedmont region and home to Fiat, Lancia, Pininfarina, Alfa Romeo, Lavazza, Martini & Rossi, Ferrero and many other international companies. The city, surrounded by the Alps, is known for its museums, churches, palaces, theaters and other cultural offerings. It was the host of the 2006 Winter Olympics.

“Twenty years ago, when Turin suddenly lost 10 million square metres of industrial space, it needed to entirely re-invent itself; it is now an art and culture hub for northern Italy,” said Vincent Peyrègne, CEO of WAN-IFRA. “The newspaper industry is now going through a similar process of transformation. This is one of the reasons that Turin is a most appropriate venue to host the summit meetings of the world’s newspapers and news publishers.”

The Congress and Forum are supported by northern Italy’s three major publishing groups – RCS, Espresso and La Stampa – which represent 75 per cent of the country’s total paid-for newspaper circulation, as well as the Province of Turin, the Piedmont Region and major local institutions, including the European Training Foundation, University Institute of European studies and the University of Turin.

Mario Calabresi, Editor-in-chief of Italy’s La Stampa, said: “When the manufacture of automobiles began to decrease, Torino re-invented itself again as a food and wine capital, and as a cultural capital. Turin has been the site of innovations in journalism and it still is; it is the right place to bring the debate about the news industry.”

Turin Mayor Piero Fassino said: “Torino could be considered the homeland of Italian journalism, as it is here that King Carlo Alberto introduced press freedom through his Editto in 1847, and the Statuto Albertino in 1848. For the first time in the Italian territory, freedom of expression in newspapers was officially recognised, as well as the right for anybody to publish a newspaper. For these reasons, and for many others, I’m sure that the choice of Torino will guarantee the best outcome for the Congress. The City of Torino will give all its support for the best organisation.”