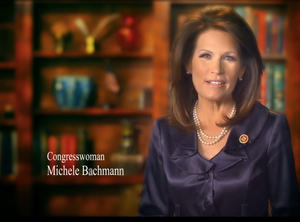 News outlets must not forfeit their responsibility by allowing candidates’ tweets and blog posts to speak for themselves. With politicians self-publishing more and more one-sided publicity disguised as news, news organizations’ watchdog role is becoming increasingly important.

As New York Times columnist Frank Bruni wrote Saturday, over the last few weeks two politicians have made major announcements on the Internet: Michele Bachmann publicized her retirement in a video posted to her website and Anthony Weiner officially announced his mayoral bid in a similar fashion. Bruni pointed out that Bachmann’s statement was filmed in flattering lighting and gave her the chance to shoot it in as many takes as needed for perfection, as if a campaign advertisement. Weiner’s video depicted him alongside his wife and child — “a hologram of domesticity and devotion,” Bruni wrote, that challenged his image of a man caught up in a sexting scandal.

Politicians taking charge of their coverage is nothing new. President Obama crashed Reddit servers when he held a Q-and-A in its AMA (“Ask Me Anything”) forum in August. This format let him to choose which questions to answer and how extensively to answer each, as the Editor’s Weblog previously noted. Hillary Clinton also announced her support of gay marriage via a web video, which allowed her to circumvent questions about her husband’s Defense of Marriage Act, as Bruni pointed out.

“[Politicians are] beginning to create their own journalism, their own description of the events of the day, but it’s not an independent voice making that description,” Bill Kovach, chairman of the Committee of Concerned Journalists, previously said.

And while the Obama administration preaches its goal to become “the most open and transparent in history,” as of April, Obama had held only 107 Q-and-As with journalists — only 30 percent as many as his predecessor George W. Bush did, as the Editor’s Weblog previously reported. Instead, the administration has favored a “much larger strategy” of communicating directly with friendly, liberal audiences, according to Politico. Obama has chosen interviews on talk shows such as 60 Minutes over those with hard political reporters.

Allowing politicians to control their own coverage is detrimental to society and even more troubling than the Obama adminsitration’s prosecution of leaks, Bruni said. They can frame a discussion in their own terms, shaping voters’ opinions with their own spin. They can avoid tough, important questions completely or choose how thoroughly to answer them. And that’s scary: As Bruni wrote, Bachmann’s assurance that her retirement had nothing to do with the inquiries into her presidential campaign is “a whole lot further from the truth than anything we wretched scribes put out.”

“We must see [politicians] in environments that aren’t necessarily tailored to their advantage,” Bruni wrote. “We must be able to poke and meddle.”

Bruni said cynical journalists are at least partly to blame for this shift, but they are also the key to remedying the problem. Of course, publications, too, often have their own political agendas, as the Editor’s Weblog has previously noted. But, unlike the propaganda circulated by campaigns, news organizations rely on multiple sources, giving readers a more balanced and credible picture.

And while this trend toward self-publishing could transform “direct democracy” into “direct publicity” without the critical filter of a journalist, as Columbia Journalism Review previously said, there are also benefits to this shift. As Bruni suggested, the movement could prompt more neutral, less skeptical reporting, likely the only way to tempt politicians to open up to the press.

Photo: From Michele Bachmann’s video that announced her retirement.