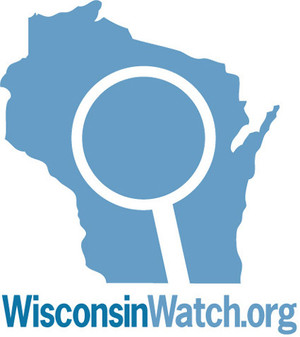 “Every person who cares about moving journalism education forward should feel threatened by these events,” wrote Kathleen Bartzen Culver, UW-Madison assistant professor and associate director of the school’s Center for Journalism Ethics.

Language also stipulates that employees of the university may not work in any capacity for WCIJ, the Associated Press reported.

Republicans voted in favor of the legislation as they claimed the center has a liberal bias and thus no place in a state-funded building, according to the AP and the Milwaukee Journal Sentinel. Other conservatives echoed this sentiment, with one referring to WCIJ as the “Center for Investigative Propaganda.”

But WCIJ Executive Director Andy Hall denies any organizational bias and asks people to read their award-winning work for themselves for proof (articles have been picked up by 246 news outlets across the nation). He added that this is an issue that transcends party politics.

“In general, investigative journalists scrutinize the conduct of people in power,” Hall said in an interview with the Journal Sentinel. “By the very nature of our work, we make powerful people and institutions uncomfortable.”

The university does not provide WCIJ with any direct funding. Instead, it exchanges two small offices in the school of journalism building as part of an agreement that the Center will accept at least five students as paid interns every school year, according to WCIJ. Wisconsin Public Radio and Wisconsin Public Television are housed in the same building, though the bill’s language targets WCIJ directly.

Some worry the legislation could also threaten the student newspaper. But more pressing concerns are of the precedent for journalism education the bill would set, as WCIJ’s arrangement with the university is hardly unique. A number of nonprofit journalism initiatives rely on mutually beneficial relationships with colleges throughout the country, noted Culver.

“The concern is that other legislatures or other government officials don’t take this as inspiration to try to stifle free speech or limit centers’ ability to work with educators,” Knight Chair Brant Houston told Nieman Lab.

In exchange for university resources, nonprofits such as WCIJ provide hands-on educative opportunities to students. In the case of WCIJ, the executive-director also must provide journalism lessons for students each week, according to UW-Madison. The school recently came out with a statement in support of the Center’s presence on campus.

“I really can’t stress enough what a huge asset it’s been to have a working newsroom operating independently right in the middle of the department, and what a loss it would be to see them go,” Lucas Graves, an assistant professor at the school, said in an interview with the Columbia Journalism Review. “They do the kind of investigative work that a lot of career journalists never get the chance to, and which has been so hard hit by the newspaper crisis. That makes them a really unique resource for training journalism students.”

As Culver pointed out, WCIJ and UW-Madison together recently took home the Innovator of the Year award from the Associated Press Media Editors for their collaboration, and ending this relationship would be a symbolic blow to the entire journalism education industry, finally recognized for forward-thinking progress.

“The collaboration with WCIJ is one of remarkable value to our institution, and one that should not be lost,” said Pulitzer-winning journalism professor Deborah Blum.

Furthermore, the same week as the bill was passed, a UW-Madison journalism student, Mario Koran, won the inaugural Armando Montaño Scholarship for his reporting. Culver remarked on this juxtaposition with shock, emphasizing the award as proof of the solid training WCIJ offers students.

The center itself could “survive and thrive” if it had to relocate, Hall told Nieman Lab, but students would suffer, losing opportunities for training. Even if the center relocated, the law still makes collaboration with the school difficult, as professors would be barred from working with the center. In addition, students also employed as teaching assistants would not be allowed to work at WCIJ, Justin Ellis reported.

The bill also raises constitutional issues, Culver pointed out in an email to Poynter.

“This is a blatant infringement on academic freedom, as well as our rights to free speech, press and association,” she wrote. “My duties include working with news media on questions of education, digital practices and ethics. If the state can bar me from doing that with WCIJ, it could similarly bar my work with Poynter, PBS and any number of other organizations.”

An editorial by the Wisconsin State Journal called the decision “petty” and “mean-spirited,” adding that the move would hurt students the most. Sen. Dale Schultz, R-Richland Center, told Wisconsin Public Radio that the Republicans who voted for legislation “should be embarrassed.”

“It smacks of the kind of tactics you would expect from Vladmir Putin or Hugo Chavez — not in Wisconsin,” he said.

And Schultz isn’t the only Republican unhappy with the decision. Charlie Sykes, a conservative radio host on Milwaukee’s WTMJ, said that though he thinks the center is liberal, the bill is a “vindictive attack on a journalistic operation on ideological grounds.”

Though Hall is not optimistic about the bill being canned, Wisconsin Governor Scott Walker could use his line-item veto power remove the language regarding WCIJ from the bill, Ellis reported.