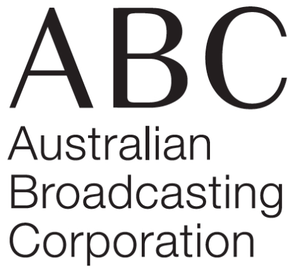 No precise date for the introduction of the progam has been revealed. In his speech Scott remained vague on the issue, saying only that it will be available “later this year,” but the intitiative is closely modelled on a BBC service launched back in 2004. The BBC’s “Newstracker” is supported by aggregation technology, similar to that used by Google News or Yahoo News, to bolster articles published on its information site www.bbc.com/news/‎ by providing links to outside news sources and organisations. When Newstracker was first unveiled it was presented as a means of allowing online audiences to gain a greater depth of information and a wider range of perspectives on the biggest news stories. Since its introduction nine years ago, Newstracker has become the fifth highest supplier of traffic to British news sites, vastly outstripping Facebook’s feeder rates, according to Scott.

Now the ABC, also a public broadcasting service, will implement a similar scheme as a means of supporting commercial news outlets struggling to implement new business models in an ever-changing media environment.

Demonstrating a clear awareness of the ABC’s advantageous position as an organisation that does not rely on advertising revenue or audience numbers, Scott presented the scheme as being part of the ABC’s public service remit. “The ABC, as the public service broadcaster, can help by providing a counterweight to some of the market-driven turmoil of these disruptive days for media,” he informed the Chamber of Commerce, having explained that “the reality is it will be become increasingly difficult, if not impossible, to finance the newsrooms and the editorial costs of past generations.”

While the move may be altruistic at heart, it also allows the ABC to dismiss suggestions that it be downsized, enabling as it does the corporation to position itself as a support for, rather than a threat to, Australia’s commerical news media. The answer to the challenges faced by established news companies in the digital era is not, Scott argued, to reduce funding to the ABC: “The idea that somehow, by reducing the ABC, you can inoculate commercial broadcasters and publishers from the impact of this sweeping, global revolution is a nonsense” he argued.

The second stage of ABC’s push to provide a “safe harbour” for for-profit news organisations comes in the form of Spoke, a smartphone-based service that will be trialled in the Australian cities of Newcastle and Launceston. Spoke already delivers local news to regionally-based apps, and will begin to link to content produced by local news outlets. At a time when BBC news is beginning to see smartphone hits outstripping computer-led traffic, this focus on adding to the services tailored for mobile devices may not just benefit the regional news organisations being linked to, but also the ABC itself.

The Australian, The Guardian, journalism.co.uk