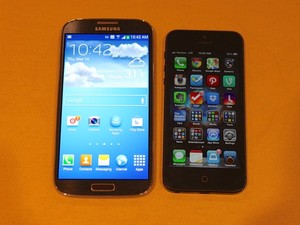 Moreover, as Android’s prevalence is increasing, the iPhone’s growth is waning. Android’s market share increased 14 percent this year, and although Apple’s went up 20 percent, this is down from 25 percent the year before, CNET reported.

Despite Android’s dominance, publishers have focused on iPhone users for several reasons. First, they’ve proven to be bigger spenders, 30 percent more likely to make purchases on their smartphones, according to TechCrunch. The iPhone, higher priced than many Android smartphones, attracts buyers with greater disposable incomes.

Additionally, Apple’s ecosystem facilitates and encourages spending more than Google’s, The Media Briefing reported. Only last year did Google authorise publishers to take automatic monthly and annual subscription fees from Android users, though Apple had been doing so since February 2011, according to Poynter. Apple’s Newsstand launched October 2011, and Google Play Magazines was only rolled out internationally in December. With 575 million credit cards’ details on file, Apple’s collection of payment information further encourages purchasing, according to The Media Briefing.

Research suggests iPhone users are also bigger news consumers than Android owners. Roger Fidler at the Reynolds Journalism Institute found that while 41.9 percent of iPhone users downloaded news apps, only 29.8 percent of Android users had. Those with iOS-powered smartphones were also more inclined to be local daily or Sunday newspaper subscribers, 31.5 percent compared to 21.8 percent, Poynter reported. The Next Web found this trend to be true: With an 80-to-1 magazine download ratio on iOS and Android, respectively, it cancelled Android publication of TNW magazine in December. Android users also spend just 70 percent of time on apps as iPhone owners, according to Business Insider.

But with the introduction of new hot-selling smartphones such as the Samsung Galaxy S4, some iPhone users are jumping ship to Android, bringing their reading habits and wallets with them. These higher-end smartphones have tilted Android’s demographic with more wealthier users, Madhav Chinnappa, EMEA head of strategic partnerships for Google News and Magazines, told The Media Briefing. Indeed, it seems iPhone-turned-Android owners have even increased their purchases on their new devices. About 62 percent of ex-iOS users make purchases on Android, compared to 58 percent of iPhone owners, The Media Briefing reported.

While Chinnappa said Google Magazines is increasing in popularity, he declined to provide any figures. Waiting for proof of spending on Android, publishers have been holding off experimenting with Google Magazines, according to The Media Briefing. The possible introduction of Google Play News could provide the proof they’re looking for and allow publishers to harness the massive Android market.