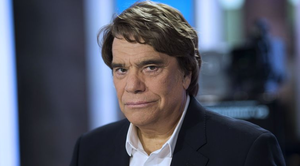 On 16 July controversial businessman and former government minister Bernard Tapie announced his exit from the Groupe Hersant Média, with which he was joint owner of Nice-Matin and La Provence. Groupe Bernard Tapie revealed that it would become the sole shareholder of La Provence and would withdraw from Nice-Matin. Initial reports claimed Tapie would relinquish his stake in Nice-Matin, but according to Le Monde the businessman will retain a 25 percent interest in the newspaper, leaving the Hersant family with 75 percent. Speaking to Le Monde Jean-François Robaud, a representative for the national union of journalists (Syndicat national de Journalists), said Nice-Matin’s employees had been led to believe the Hersant family will open the door to other, minor investors, who will buy up parts of Tapie’s share. No firm news on potential investors has been offered, but it is thought that the Hersants hope to court the interest of the Franco-Lebanese businessman Iskandar Safa. Addressing Nice-Matin employees Philippe Hersant stated his ambition to dedicate his energies to the restructuring of Nice-Matin’s business model. The project is said to require an investment of “several million euros” and at present the title’s earnings are far outstripped by its costs.

The “divorce” marks the end of what was only a brief alliance between Tapie and the Hersant family. In January 2012 the two parties each acquired a 50 percent stake in Groupe Hersant Média, with an investment of 51 million euros. The move relieved some of the 200 million euro debt of the press company, which also owns titles distributed in the French Caribbean and Corse-Matin. It was also hoped that this collaborative effort would avoid the group’s titles being divvied up and sold off to different companies. However, relations quickly soured between Tapie and the Hersant family, as only a month later Tapie was forced to sign a cheque for 4.3 million euros in order to pay the wages of La Provence and Nice-Matin employees, after his partners in the joint venture refused to act.

A week after confirming the split, Tapie travelled to Marseille to address La Provence’s 500 staff members – 200 of whom are journalists – to reveal his plans for the future of the newspaper. Tapie addressed the question of redundancies and promoted Olivier Mazerolle, former head of information at RTL and France 2, to the head of the local title. Plans for making La Provence a powerful digital player by focusing on local advertising were also sketched out, but the real concern amongst La Provence’s employees centred on Tapie’s ability to invest in the title. Only five days before going public with the decision to part ways with the Hersant family, Tapie found that the French state had seized a large portion of his assets as part of an on-going criminal investigation into the businessman’s dealings. Tapie is accused of having been a primary beneficiary of an allegedly fraudulent arbitration process with the bank Crédit Lyonnais. Tapie and key members of the French political establishment, including director of the IMF Christine Lagarde, are suspected of involvement in an act of “organised fraud” which saw Tapie receive a 400 million euro settlement from the now defunct bank. With his accounts apparently frozen until a decision on the matter is reached by the courts, Tapie claimed six days before becoming the sole owner of La Provence that he could not even write a cheque for 10 euros. Little wonder then that journalists at the regional newspaper have called Tapie’s successful bid for sole-ownership “surreal”.

For his part Tapie has insisted that he is more than capable of providing La Provence with financial stability it needs to secure its future.