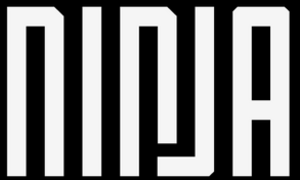 Between January and April of this year, media houses in São Paulo alone fired 280 staffers, according to the Journalism in the Americas blog by the Knight Center at the University of Texas at Austin. That number reflects a 38 percent increase in layoffs from the same period last year.

Pew found that one in three Americans would abandon a favored news source if budget cuts affected quality, and a similar trend seems to be occurring in Brazil.

Brazilians have begun to attribute an elitist bias to mainstream media, said André Lemos, a Federal University of Bahia professor who studies Internet and media. Their anger toward media was manifested in the recent arson of a TV network vehicle and the assault of a Globo reporter in São Paulo, the New York Times reported.

Opponents have argued that mainstream media coverage has focused too much on the minority of violent rioters while ignoring the overwhelming number of peaceful protestors. To fill the gap leading news providers have left, iPhone reporters are taking to the streets. “Mainstream media can’t compete with this type of information,” Lemos said.

In this way, independent news providers such as N.I.N.J.A. Media, which stands for Narrativas Independentes, Jornalismo e Ação (“Independent Narratives, Journalism and Action”) are gaining traction with the help of social media, Loretta Chao of the Wall Street Journal reported.

In terms of number of Facebook and YouTube users, Brazil is second only to the U.S., and this presence has allowed independent journalism to spread virally. N.I.N.J.A.’s live stream of police brutality at a protest attracted 200,000 viewers one evening and was seen by an estimated 3.5 million Facebook users, Chao reported.

“Brazil doesn’t have anything like Huffington Post,” said N.I.N.J.A. founder Bruno Torturra, who formerly worked for Brazil’s biggest TV network. “We have many active bloggers … [but] they had a niche audience. That’s changing now…. There’s more demand now for independent media than” there is content.

Forum, another independent Brazilian news source, has also seen a spike in traffic since the protests began last month. Views have doubled to 40,000 a day, according to the Journal.

Knight Center’s Natalia Mazotte suggested Brazilian publications brought their own downfall by cutting budgets without real cause. Publishers claimed they were “restructuring,” but they acted as if “preparing for an upcoming crisis,” Mazotte wrote.

The media market is in better shape in Brazil than in the U.S. or Europe, and ad revenues were expected to grow 5 percent this year, according to Warc research center estimates referenced by Knight. Folha’s ad sales increased 0.7 percent in March, and Estado’s circulation grew 1.8 percent in the same time period, according to Brazilian ombudsman Suzana Singer. Digital publications seemed to have an optimistic future as well, with 58 percent of Brazilians saying they’d consider paying for web news as compared to an international average of only 14 percent, according to a report by Oxford University’s Reuters Institute for the Study of Journalism.

“So, if everything is going well,” Singer asked, “then why sacrifice the product?”

Will Brazilian news outlets might continue to be haunted by this question? Mazotte believes that it’s only “the beginning of the end,” for them.