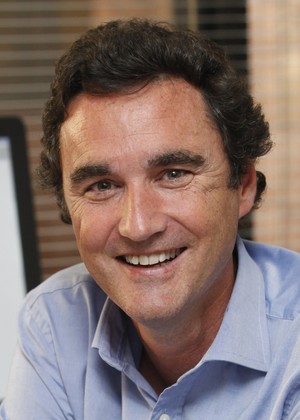 WAN-IFRA: What is El Tiempo’s position in the Colombian market and society?

Jon Ruiz: The publisher Casa Editorial El Tiempo, owns not only the general newspaper, El Tiempo, but also a low-priced newspaper, the main financial newspaper, the main free newspaper and some magazines. […] We are not the oldest newspaper in the country, despite having been publishing for nearly 103 years. El Tiempo is a reference publication for everyone, in the field of business and politics in Colombia, or at least it has been for the last 20 years. In terms of market share, we have more than half the market and compete with another newspaper with national circulation and regional newspapers.

What has represented Colombia in the past, a country stained with conflicts over drugs, guerrillas, paramilitaries, etc., is the defense of the institutions – criticizing politicians whenever necessary – but always supporting the institutions and helping the country to solve its problems and look ahead.

WAN-IFRA: What are the current circulation figures for El Tiempo?

Jon Ruiz: An average of around 225,000 copies from Monday to Saturday. We are stronger on Sunday, the circulation figure can go up to 401,000. […] The figures of EGM readers (readership) amount to about 1.1 million in the week and almost 1.9 million on Sundays.

Casa Editorial El Tiempo, also owns Portafolio, the main financial and DNA newspaper, the first free newspaper, launched on the market in Colombia four years ago. We are second [in the market] in sales of newspapers at low prices, what we call popular newspapers … We have a large number of magazines that circulate with EL TIEMPO and work both by subscription and by sale to the public. And then we have some independent magazines like the Spanish franchise ¡Hola !, in addition to a women’s magazine, a men’s magazine, and a children’s and babies’ magazine.

In addition to the printing business, which represents the majority of our business today, we have a large network of portals that receives more than 21 million unique users per month, which positions us as the benchmark in the Internet business. And these portals are not only informative, we also have a set of transactional and vertical portals that capitalize on the digital audience, in order not to rely solely on advertising.

WAN-IFRA: You mean the classified portals?

Jon Ruiz: Yes, but they are not all ad portals, we also have some e-commerce portals. We have some classifieds portals, which are a reflection of the printing business. But, for example, in the case of the real estate market and job search portals we do not use the typical business model with advertising in exchange for audience or public in exchange for advertising, but we have a subscription-based model for both real estate and employment portals. This is a very healthy model in financial terms.

And apart from digital printing, we currently have a local television network in Bogotá that is the third in the city and, obviously, competes with the two national channels. […] We are quite diversified, and we always pay special attention to any potential business opportunity in the media.

WAN-IFRA: What have been your latest acquisitions or divestments?

Jon Ruiz: The last movement was a franchise, the television network. That was 10 years ago already. Time is not too interested in acquiring companies. Firstly, because our size compared to our competition is so large that there are not too many opportunities in the traditional business, that is, in the printing and digital businesses. We normally experience organic growth. […]

From a marketing point of view, our experience is in managing audiences. So we didn’t start developing, for example, e-commerce platforms. What we normally do is look for the right partner in the market and we adopt a revenue sharing approach, which drastically reduces time to market and obviously helps a lot in the learning curve because you come to terms with the people who know your business better than anyone. So we are not too interested in the acquisition … But, again, I will say that we are open to negotiating beneficial agreements with experts in the fields in which we are not and are complementary to our commercial activity, to our deal.

WAN-IFRA: So the television network is an agreement between associates?

Jon Ruiz: No, in that case it is a franchise that we bought from a Canadian company. The name of the TV operator is Citytv, which is an international franchise, so we have the rights to the brand. Obviously, since it is a franchise, we have to meet certain requirements, but we own 100%.

WAN-IFRA: Do you think that Latin American newspapers have begun to experience some of the problems that have affected newspapers in the United States? Are advertising revenue and circulation starting to go downhill?

Jon Ruiz: I would say yes. The drop is not yet dramatic, as in the US. or other countries, but we are starting to see some signs in that direction. Currently, El Tiempo’s website, eltiempo.com , is free, at a time when Colombia is making a great effort to increase Internet penetration among the population. Obviously, if one can access for free more or less the same content in terms of quality and type of information (opinion pages, editorials, columnists, etc.) the pressure […] not to renew Printed paper subscriptions are huge.

In Latin America we were fortunate to have the opportunity to see what was happening in other countries and how the Internet was evolving and eroding the paper business. We can prepare much better and in advance for what is to come, so as not to suffer as much as other media groups in other countries. But today we are beginning to see – although it is not a worrying moment – that the sale of a subscription is becoming more difficult every day and that there is loyalty to subscribers with gifts or other value-added products. Every day you have to invest a little more to get the same number of subscribers.

I see that your question points to the topic of “paid content”, and I have to say that it is a strategy we are pursuing and I think it makes a lot of sense.

WAN-IFRA: You are planning to implement a strategy, but it does not appear that you have yet defined the collection start date for accessing eltiempo.com or any of its other websites.

Jon Ruiz: We have a very comprehensive and intense plan in place in this regard. I’m not sure if it will be released later this year or early next year as we experience some technical delays. But we are looking at the possibility of using a model similar to the one that the New York Times implemented, which is the one that we think makes the most sense in the end. […] I don’t know if you are going to restrict yourself to 20 articles or 25 articles, but it will have enough articles so that most people can still visit eltiempo.comfree of charge, and it is only the large consumers, those who show a deeper interest in our content, who are obliged to pay. The exception will be for paper subscribers, who will have free access to digital content. […]

I think the New York Times did well – at least better than other media groups. I would not define it as the perfect solution, but I think it is a very smart and meaningful solution.

WAN-IFRA: What activities do you have in relation to mobiles? How do you see their development, and how do you think you can earn money with them?

Jon Ruiz: That is a very good question, because the mobile has the limitation of the screen size, so the advertising model is quite limited. It should be incorporated, I think, in the global digital strategy, with a “pay wall”. In this case it works, but more as a web extension that can give relevant and breaking news, but without too much depth. So we are trying to find the best way to use the maximum potential of each of the devices based on their screen sizes.

I am quite reluctant to believe that we are going to make money through the mobile and the traditional advertising model, once again, because there is not much space for the display of advertising and people are not interested, when they walk down the street, in see ads that take up half of the mobile phone screen. So what we are seeing is the use of the most mobile phone as an extension of what we offer on the web, rather than as a business in itself.