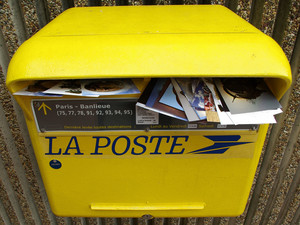 All things considered, the press have got off fairly lightly in this recent reassessment of public spending; for them, it is only postal funding cuts that will deliver a blow. Previously, the 32.5 million euro government contribution awarded to ‘La Poste’ each year meant that the postal service could reduce their delivery tariffs for the nation’s press.

As if they weren’t already suffering enough from plummeting sales figures and advertising revenue, French newspapers and magazines will now be forced to pay higher postal tariffs (the precise increase is yet to be decided), and hereby battle yet another threat to their economic stability. Perhaps the only consolation is the government’s promise that this increase will be implemented progressively – they have planned to take two years to allocate the additional costs.

Although the effect of higher postal tariffs upon the press is substantial, newspapers and magazines could have faced much worse as a result of this reconsideration of government spending on culture, the conclusions of which were presented by French Minister of Culture Aurélie Filippetti yesterday morning (Thursday 10 July).

Before yesterday’s meeting of the Council of Ministers, when the decisions were presented, the French press feared that the government might choose to cut other types of funding which are of crucial importance to them. The government fund which helps the delivery costs of newspapers and magazines – vitally important since it aids in the distribution of their publications – will remain at its 2013 value (33 million euros). However, the government has called for this fund to be reformed in order to make it more efficient – rather than calculating the fund based on the distribution figures of the year before, as it is done today, they have recommended that it be calculated based on figures predicted for the following year.

An aspect of government press aid that remains to be implemented is the plan to allow the online press in France to benefit from the same reduced VAT level as the printed press (see previous WAN-IFRA blog post on this issue). This proposal has proved somewhat problematic due to the fact that any revision of VAT levels in France requires the unanimous agreement of the member states of the EU before it may be implemented. Rather than go beyond the EU agreement and implement the reduced VAT level by having the French government vote on it – a daring suggestion made by Roch-Olivier Maistre, President of the ‘Authority for the regulation and distribution of the press’ in his recent report on press aid – Filippetti is intent on going through the motions obediently. The Culture Minister has recommended that France continue to campaign for the European Commission to include the online press in its list of companies and organisations benefiting from a reduced VAT level, a decision that she hopes will be made in September.

This blog post has been adapted from an article in French on Lesechos.fr