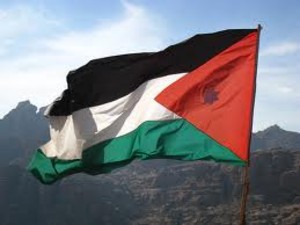 Whilst the Press and Publications Department (PPD) has insisted that “the decision does not seek to restrict freedoms,” and that “the objective is to organise the work of these websites,” it is difficult not to view this change in law as an “enormous blow to freedom of expression,” as International Press Institute’s (IPI) deputy director, Anthony Mills, has labeled it. Not only did the 2012 law change award the government powers to regulate “electronic publications” by forcing them to register with the Press and Publication Department (PPD) and obtain a license, but it also made it obligatory for chief editors of news websites to be members of the Jordan Press Association, giving the government the right to censor content and hold journalists liable for comments posted on webpages, according to AFP.

This is not the first restriction to Internet press freedom witnessed by Jordanians in recent years; Freedom House have noted that Jordanian news websites “often face pressure from state actors to delete articles deemed politically sensitive,” whilst “surveillance, physical attacks against bloggers and online journalists, and hacking attacks against prominent news websites also present a threat.”

On 4 June, the Guardian’s Roy Greenslade reported that the Jordanian government had already ordered Internet service providers to shut down 200 news sites. The number of blockages has been steadily rising since then, with “16 local news websites blocked in the past two days after carefully examining their situation,” according to Fayez Shawabkeh, head of the PPD.

One of the sites added to the PPD’s blacklist in the past two days is 7iber, Arabic for “ink.” Its editor, Lina Ejeilat, told AFP that 7iber is “a blog and definitely not a news website,” since it is an interactive website that publishes reports and features from contributors, but Shawabkeh nevertheless believes the site should be subject to the legislation since it is “registered at the trade and industry ministry as a news website and posts news and political analyses about Jordan.” The government has hereby begun calling the shots on who can and cannot publish news coverage.

Interviewed by Jewish News One in December 2012, news website director Gaith Adayleh, shared his view that “online media has an important role in raising freedom of press in the kingdom… and at the same time it improves the communication between the audience and media sources. We all know that online media has also pushed towards more political reforms by encouraging and dealing with youth movements.” Jordan certainly has the potential to convert its traditionally closed news publishing into an innovative open-source industry (despite this recent restriction, the country remains more open and tolerant on domestic media than most of its neighbours), but this recent law presents a considerable threat to such progress.

The fact that such a powerful source of political progress in Jordan is being hindered has sparked criticism from international human rights organisations, journalists, activists and the main opposition group in Jordan, the Muslim Brotherhood.

Highly concerned by the suspension of these unlicensed news sites, the IPI recently completed a two-day emergency press freedom mission to Jordan, adamant that the government’s actions “appear to place Jordan at odds with its freedom of expression commitments under international human rights agreements, as well as with Article 15 of the Constitution, which forbids censorship.” The mission delegates met with individuals including the Jordanian Prime Minister Abdullah Ensour, Minister for Media Affairs Mohammad Momani, Head of the Press and Publications Department Fayez Shawabkeh and a gathering of news website owners affected by the ban.

In a brief report on the mission, the IPI stated that “Prime Minister Ensour acknowledged that there was room for improvement on the Press and Publication Law but suggested that the government was powerless to intervene and that any change would have to come in the form of proposed amendments in parliament.” When the IPI met with parliamentary representatives, they echoed this view that the law could be improved upon, but representatives of online news websites “expressed skepticism over the readiness of state representatives to address the situation and suggested that the move was part of a broader effort to stifle independent reporting in the country.”

The IPI have stated they will “continue to monitor the situation and to campaign for a reversal of the website suspension and the amendment of the Press and Publication Law.”