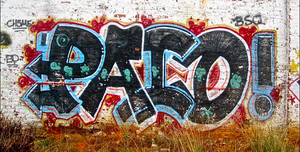 The first idea is, for the time being, little more than that – a suggestion advanced by John Battelle in response to the news that Esquire was going to introduce a ‘per-article’ paywall. Battelle, who helped launch Wired and is also a founder of Federated Media Publishing, proposed a group-buying model, “a social, elastic model for paid content” that would see the price of an article lowered according to the number of people reading it. Using Esquire‘s long-form article price as a starting point, Battelle suggests a model whereby after the first 5,000 copies of an article are sold at $1.99, producing $9,950, “the price adjusts dynamically to maintain at least $10,000 in overall revenue, but adjusting downward against the paying population as more and more readers commit (which also earns Esquire additional advertising revenue). A ‘clearing price’ is set, perhaps at 50 cents, after which all profits go to Esquire. In this case, the clearing price kicks in at 20,000 copies sold – everyone would pay .50 at that point, and it’s a win win win for all.”

Though he found the idea intriguing, GigaOm/PaidContent‘s Mathew Ingram was not completely convinced that publishers would be sold on the idea. The benefits to the reader were “clear,” Ingram wrote in an article on Thursday, but the idea of group-buying “goes against the traditional economic principle that when there is more demand for something, the price rises.”

The week’s second innovative take on payment systems is rather more advanced, having already been put in place by the publishers behind Maxim, Radar Online and USAToday Sports Media. Executives at these sites are aimig to free their readers from paying for website access by introducing a “paywall” that can be unlocked by watching a video, AdAge reports.

Content Unlock, developed by video technology company Genesis Media, is a system that allows publishers to ask online visitors to watch an advertiser’s video in exchange for free access to their site. Genesis Media’s CEO Mark Yackanich described the programme as a “soft pay wall, which allows users to pay for content and services in a smart way – with their attention to targeted brand experiences and videos vs. their credit card.” This “targeted brand experience” allows websites to charge advertisers who are increasingly willing to spend more money on Internet video spots. Despite the zeal with which marketers and online publishers are embracing video, until now Internet users have been noticeably lacking in enthusiasm. A 2012 Poll Position survey revealed that online audience had little patience for video advertisements, with 54 percent of those questioned stating that these ads should last no longer than 15 seconds.

Publishers such as America Media Inc., whose titles include OK magazine and RadarOnline, are using Content Unlock as a way to incentivise consumer interaction with advertorial content by placing popluar articles, galleries and videos behind the new system. It is a tactic that appears to be working: America Media Inc.’s chief digital officer, Joe Bilman, also told AdAge that Content Unlock had boosted revenue “without undermining unique visitors, repeat visitors or the number of pages readers visit.”

Genesis’ uses a wealth of means in order to decide what kind of content to place before individual visitors, conferring upon them a value calculated through the amount of third-party data available on each person, the type of device he or she is using and where he/she is accessing a site. Publishers are then free to decide how much access a user is granted: the lengthier an ad video, for example, the greater the amount of content a person was able to see for free. A 15 second video could, for instance, “buy” five articles. Online newspapers could be the next to benefit from Genesis, as the company’s next step will to be to offer its services to sites that already have “hard” paywalls in place.

AdAge journalist Michael Sebastian points out that the flaw in this system is visitors can mute ads online or open new tabs or windows until the promotional video has finished, a flaw that Genesis’s executives do not deny. While Yackanich claims “it requires more action to actually click away from those windows” it is perhaps surprising that so far, in the new age of video, more advertisers haven’t adopted the system already in place on Canal+’s website. The French television channel places the majority of its programmes online, behind a series of video ads that pause as soon as the viewer clicks off the page. This means the company can reassure advertisers that “a clicked-on advertising element is considered as having been shown in full.”

That said, if advertisers and online content publishers are as eager to exploit the benefits of video as they seem, problems like the one Sebastian highlights are likely to be addressed soon.