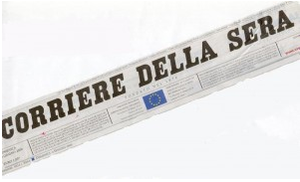 In April of this year RCS’s chief executive officer Pietro Scott Jovane announced that the group’s board had agreed on a 400 million euro capital increase, as part of a bid to breathe life into a company incurring losses as a result of its crisis-struck Spanish investments and a general economic downturn in the publishing market. A capital increase, used by businesses to raise share capital by giving shareholders the opportunity to subscribe to new shares for cash, allows new investors to become shareholders, but could also dilute existing stakes in a company.  Further plans included the sale of non-essential assets, rumoured to include the historic Milan offices of the Corriere and sports publication La Gazzetta dello Sport, in addition to the 800 job cuts already revealed in February.

Businessman Diego Della Vale, chair of the Italian luxury shoe maker Tod’s, and an influential minority shareholder in RCS, has always criticised the terms of the capital hike and in April sent a letter to the company’s board highlighting possible conflicts of interest engendered by such a move. On Tuesday, Della Vale issued a statement in which he voiced his disappointment with fellow stakeholders, explained his decision not to agree with the hike, due to come to a close on Friday 5 June, and set out the conditions for his future support of the company’s policies. Referring to previously expounded plans for a more ‘modern’ governing body, the annulment of the existing shareholder’s agreement and a review of certain terms pertaining to the capital increase, Della Vale wrote: “I’m waiting for some important stakeholders to confirm what we have, on many occasions, discussed and considered positively.” Should other shareholders respond favourably, Della Valle declared that he would be more than willing to play an active role in the company, and maintained that the strategies he was proposing would “give the company a better future in the publishing business, respecting employees and reinforcing editorial independence.”

The issue of stakeholders and editorial independence is one that has dogged Italy’s Corriere della Sera for some time. Last year the Financial Times reported that despite members of the shareholder’s pact insisting that they have no influence over editorial content at Corriere, “in Italy it is an open secret that with membership of the pact comes a voice in shaping coverage.” Reporters who are overly critical of the are said to be censored and marginalised by the paper’s top-ranking editors.

Della Vale’s statement comes less than a week after Fiat more than doubled its stake in RCS, going from 10.3% to 20.13%, and the car manufacturer’s chairman John Elkann publicly stated his support for Jovane. Fiat’s investment of €9 million means it is now RCS’s single largest stakeholder. According to French financial publication Les Echos, the massive investment was aimed at bringing stability to RCS’s boardroom as the company begins to implement its turn-around plan and debt restructuring strategies. After news of Fiat’s move emerged, RCS Mediagroup’s stock soared by 13.87%, leading the Milan stock market to temporarily suspend trading in the group.

Fiat already owns Turin-based daily La Stampa, and rumours abound that Elkann will look to consolidate the operations of the two major Italian newspapers. La Repubblica reported that RCS could split into 3 units, which would allow activities related to Corriere to be brought together, separated from a second group built around the company’s Spanish assets and a third built around the Gazzetta dello Sport.

Les Echos quotes a source close to Elkann as saying that the Fiat director has never hidden his belief that the future of publishing lies in a process of ‘necessary consolidation‘, yet reports of a merger or partnership with Rupert Murdoch’s News Corp, to whose board Elkann was appointed in May of this year, have been strongly denied.